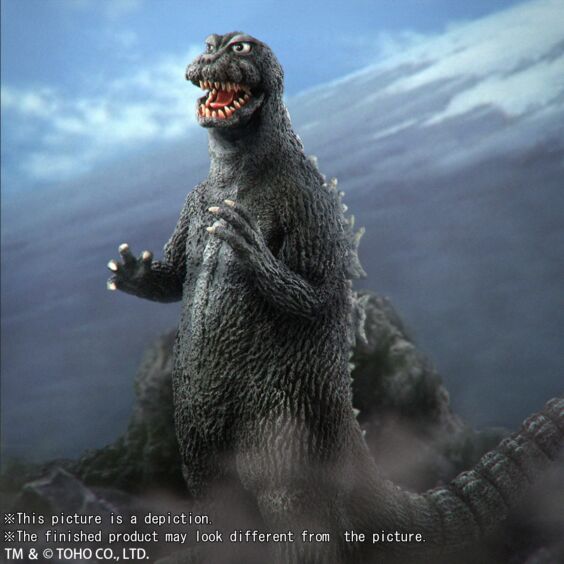 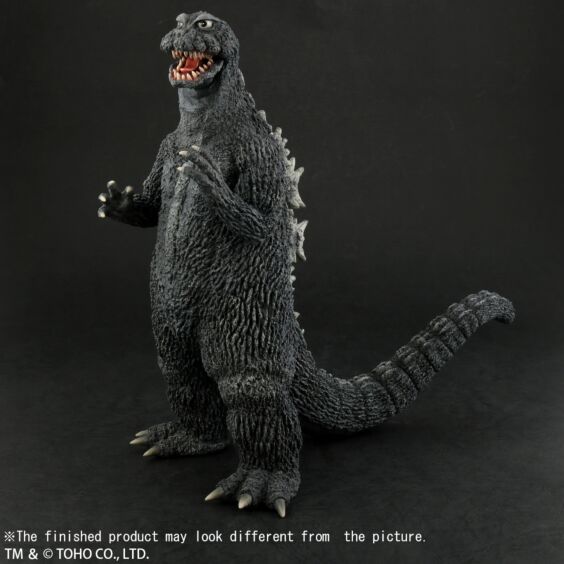 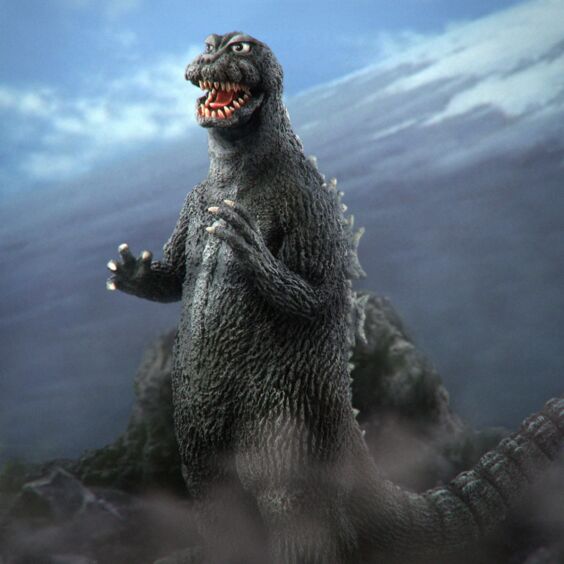 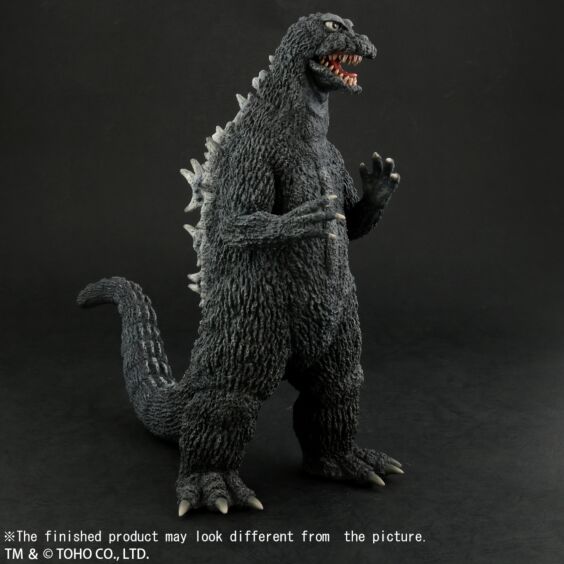 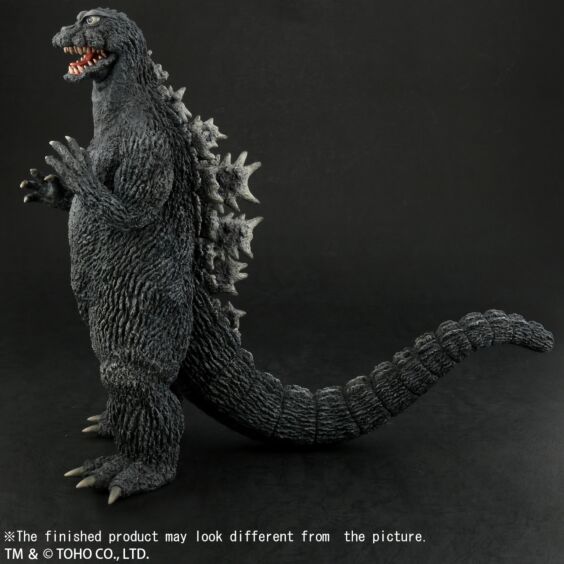 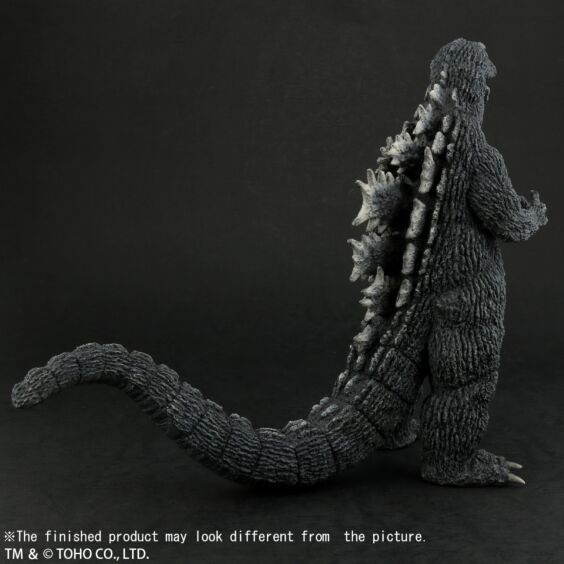 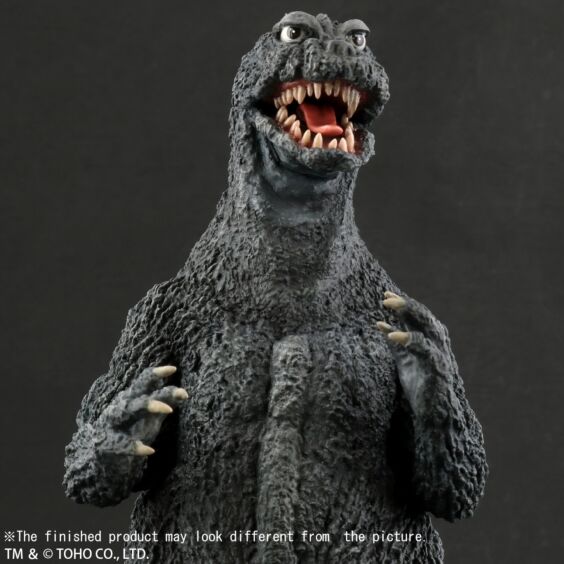 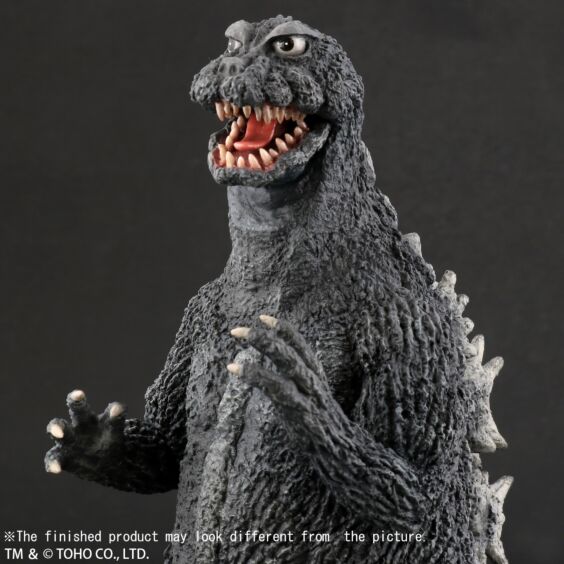 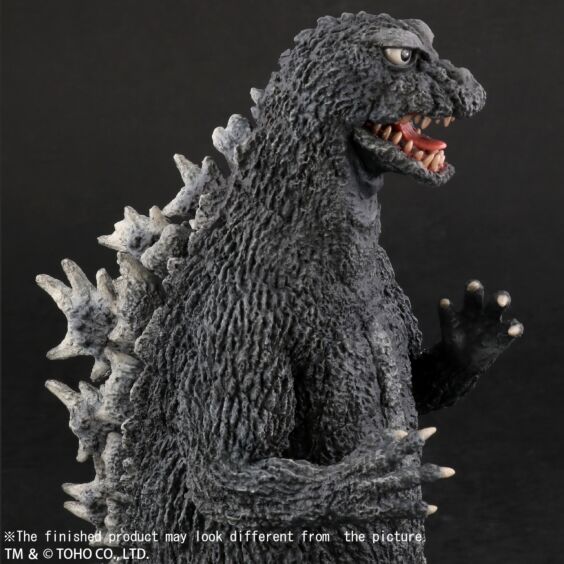 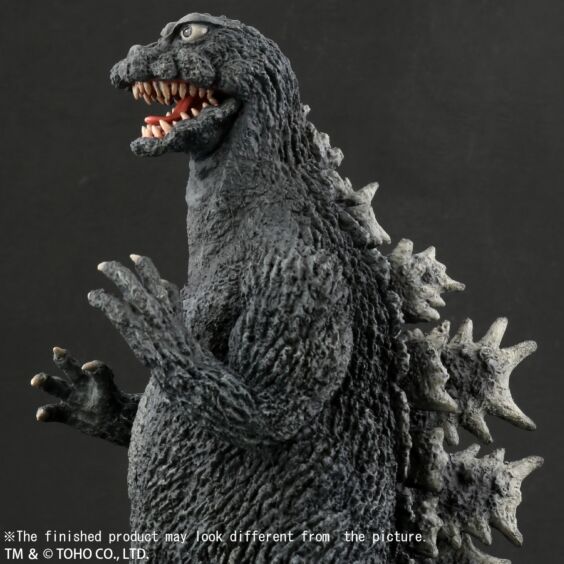 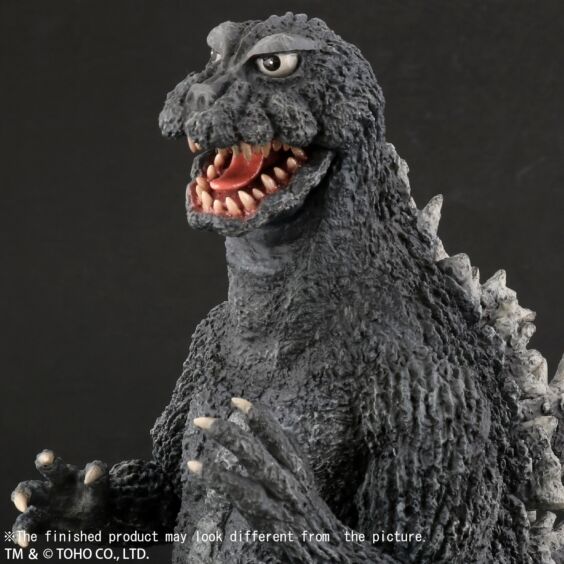 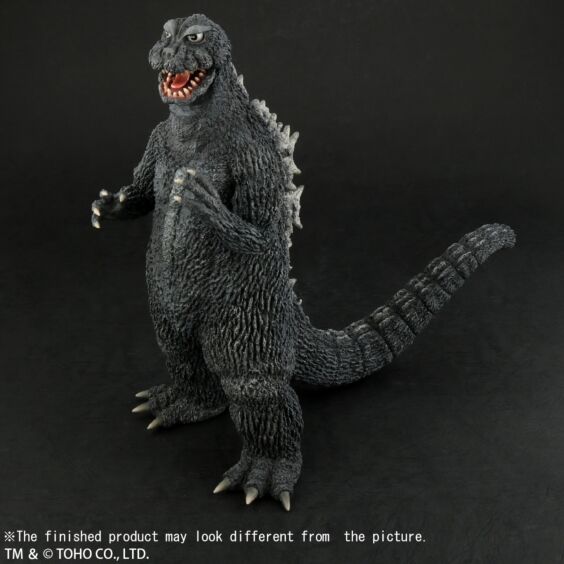 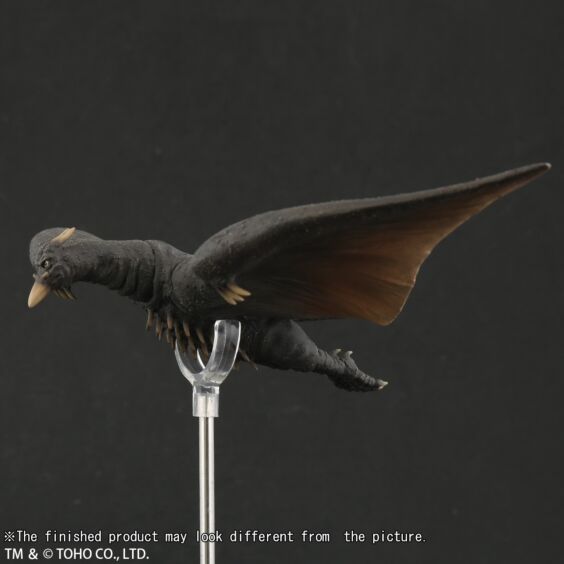 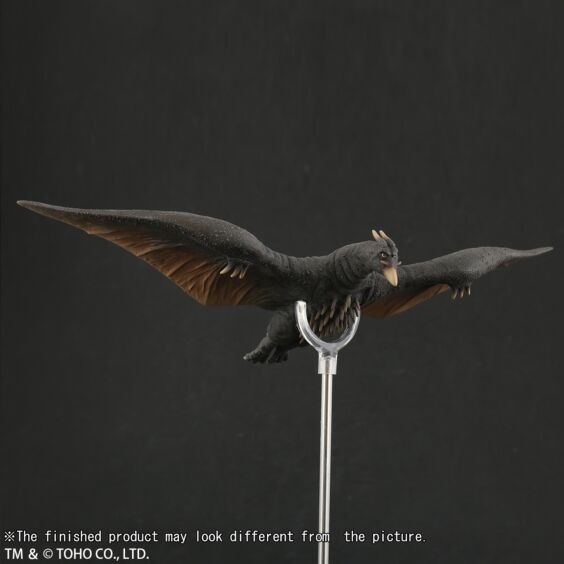 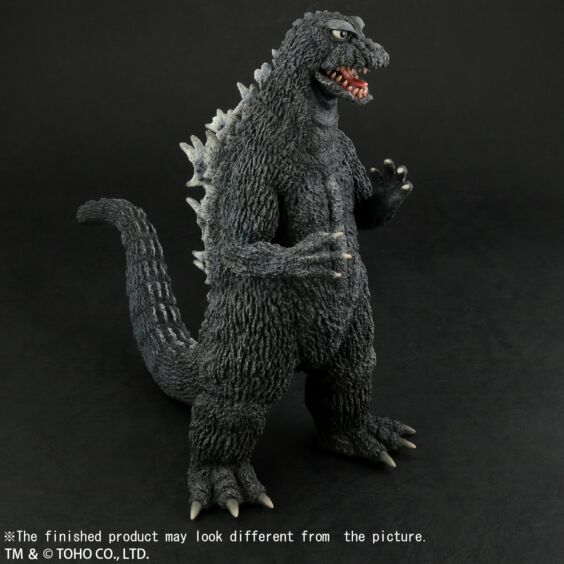 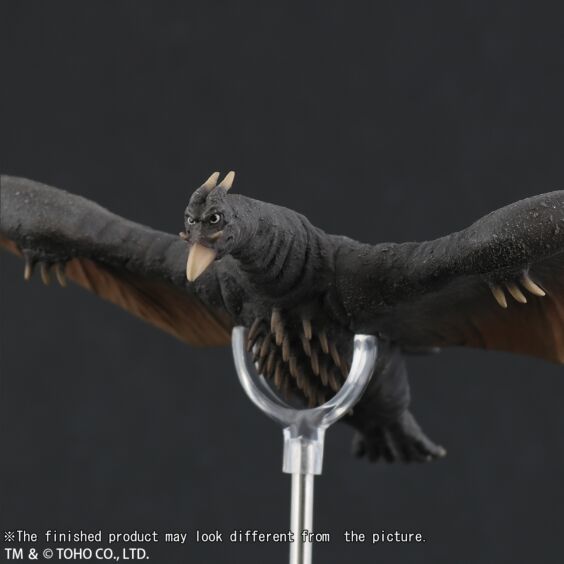 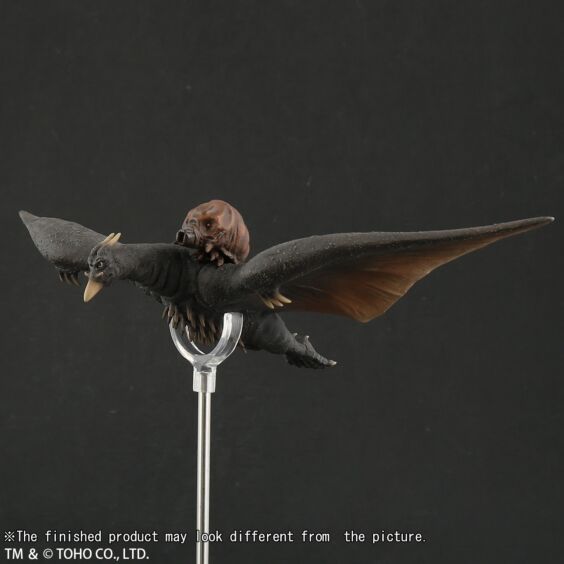 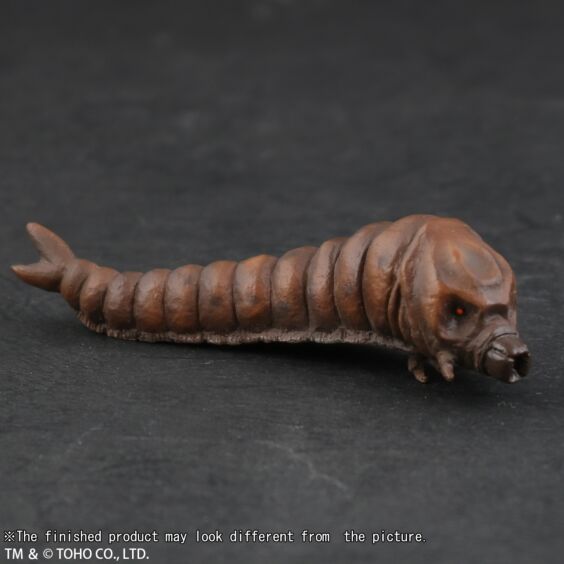 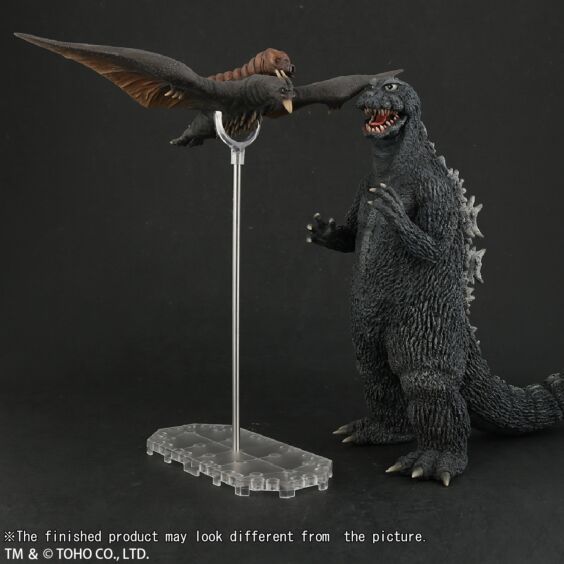 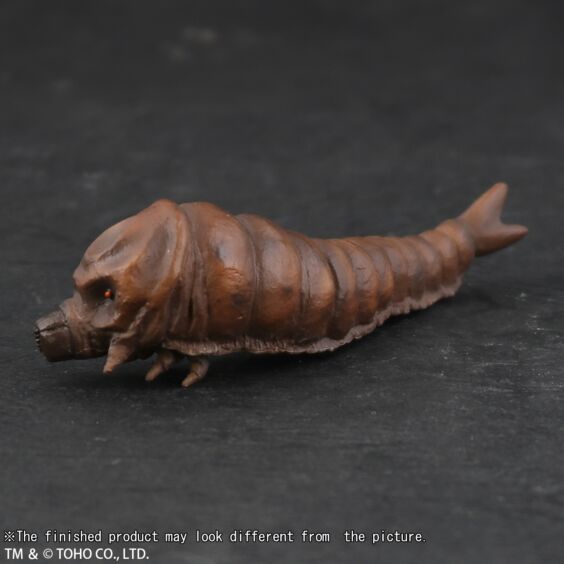 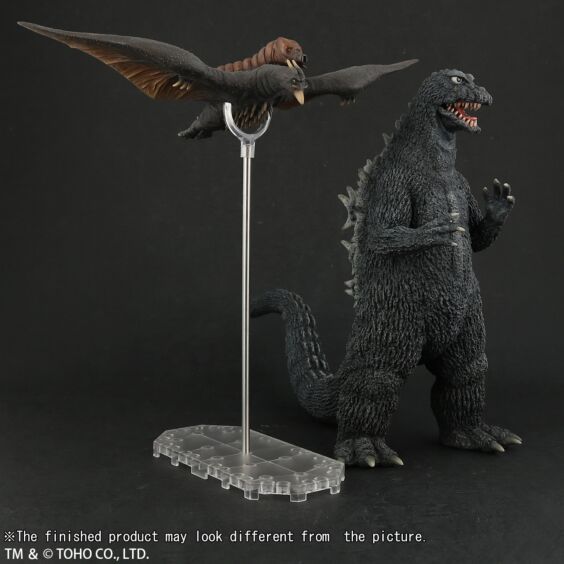 This figure looking up was created with the on-screen King Ghidorah in mind.
The Godzilla suit which appears this film is an upgraded version based from the previous film, Mothra vs. Godzilla, released the same year.

A less menacing expression is the distinguishing trait of this particular Godzilla compared to the previous installation.
The Shonen RIC Exclusive ver. includes a Mothra larva approximately 8 cm in length, with a Rodan with 27 cm wingspan, making it possible to arrange the trio of kaiju as they confront King Ghidorah.
*The sizes of Godzilla, the Mothra larva, and Rodan are not proportional to their on-screen counterparts.