The store will not work correctly in the case when cookies are disabled.
1/700 Scale Gamera(1999) Plastic Model Kit 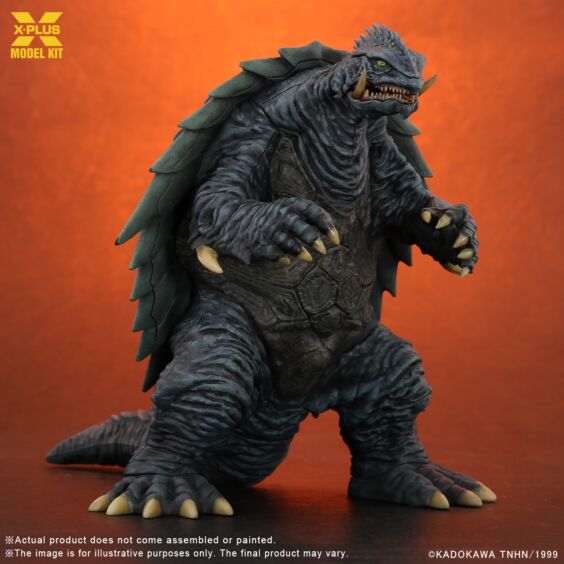 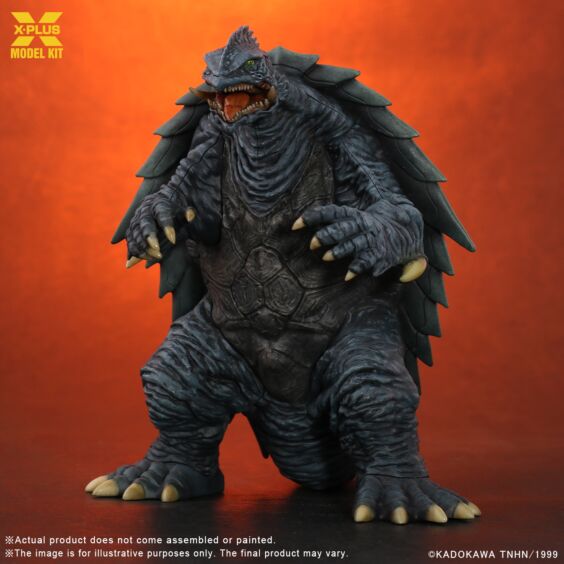 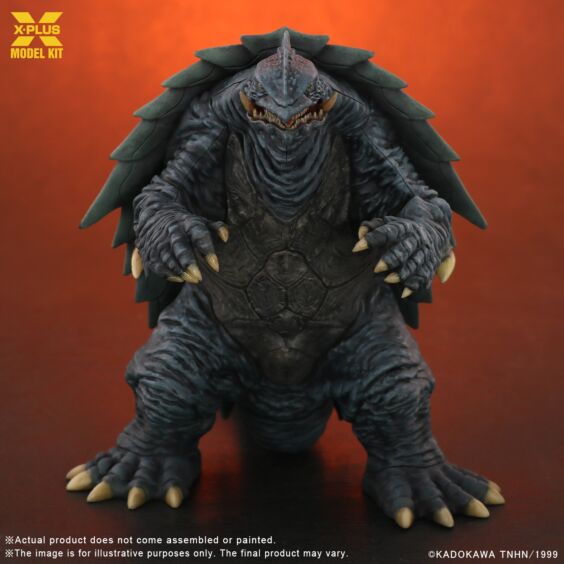 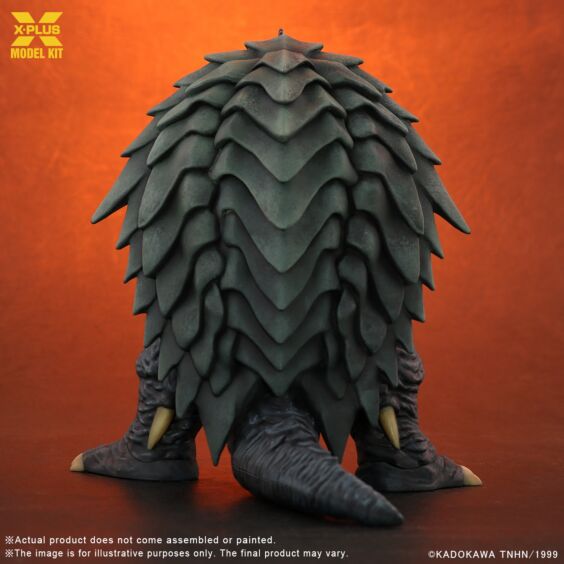 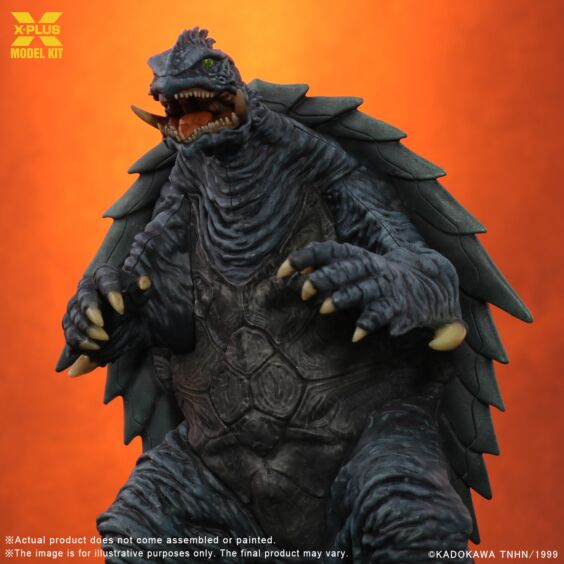 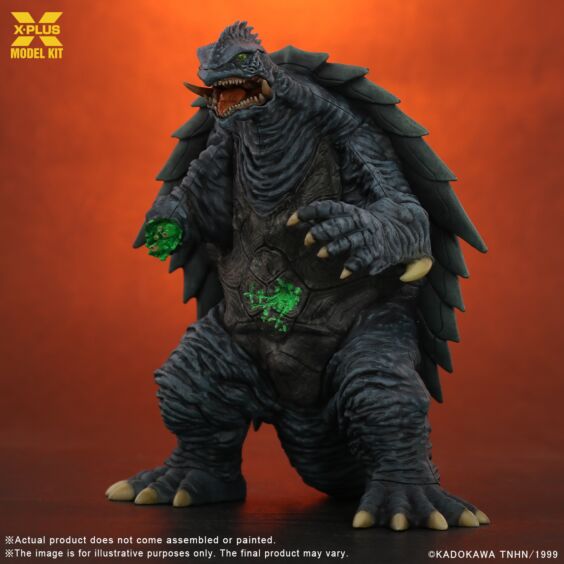 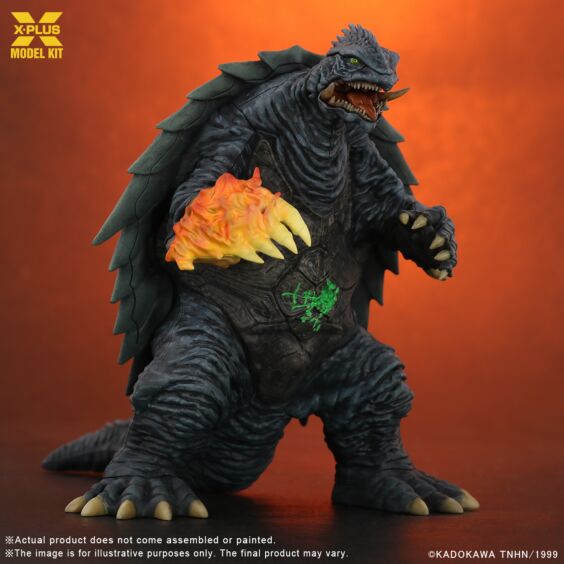 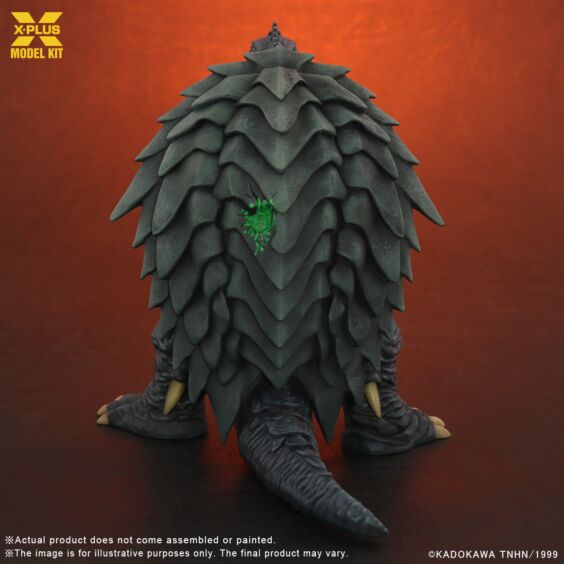 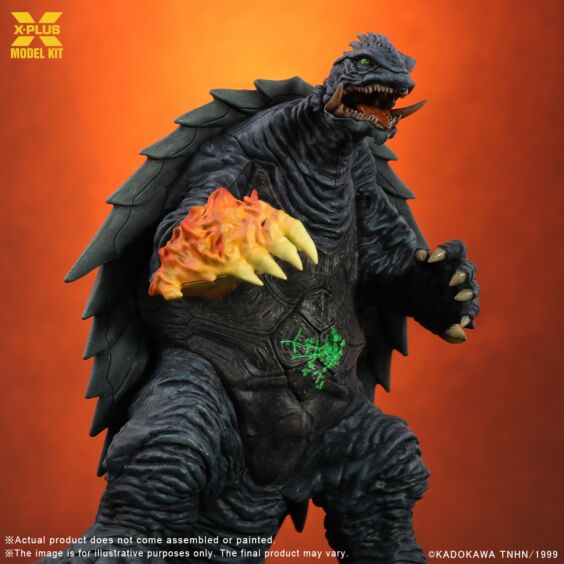 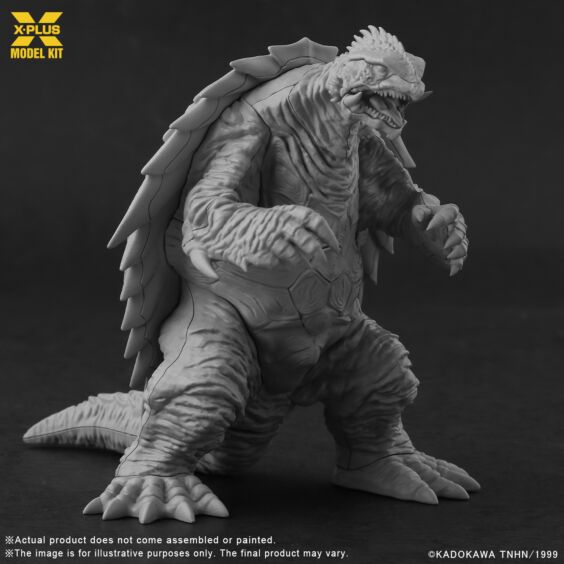 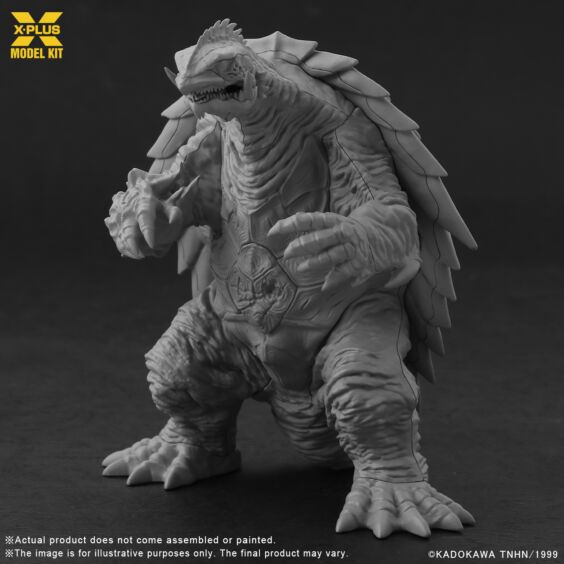 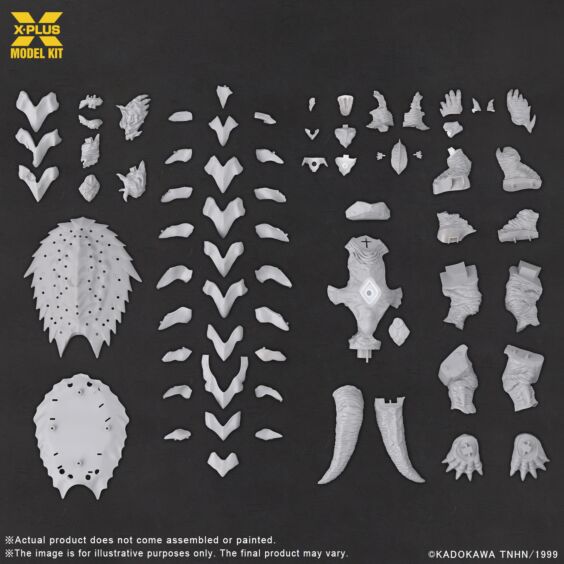 The knowledge and experience gained from various series, such as the Daikaiju and DefoReal series, has been poured into this plastic model of Gamera (1999) that stands at approximately 11.5cm tall and features details which have been carefully condensed. Additionally, being a 1/700 scale model, it can work well with countless other models to create a truly impressive collection.

*There was an error regarding dimensions indicated on the description that has been corrected as of 12/16. Apologies for any inconvenience caused.

The mouth can be reproduced open or closed by replacing the chin part.
This model also features the shell, Gamera’s most distinctive feature, which has had all its parts molded piece by piece. Simply assembling it will immediately make it feel much more dimensional!

What’s more is that the Shonen RIC Exclusive for this model also comes with an interchangeable right hand that has been made to look like Gamera’s special attack “Vanishing Fist” as well as parts that let you reproduce damage effects on its right arm, stomach, and shell!
*Vanishing fist parts will be clear molded.

Don’t miss this chance to get your hands on Gamera (1999), the very first kaiju plastic model featured in this series!

Also, be sure to look out for new developments for this series in the future!