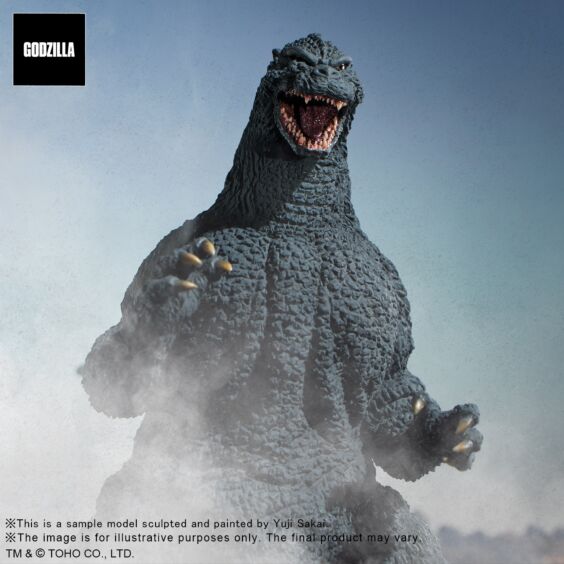 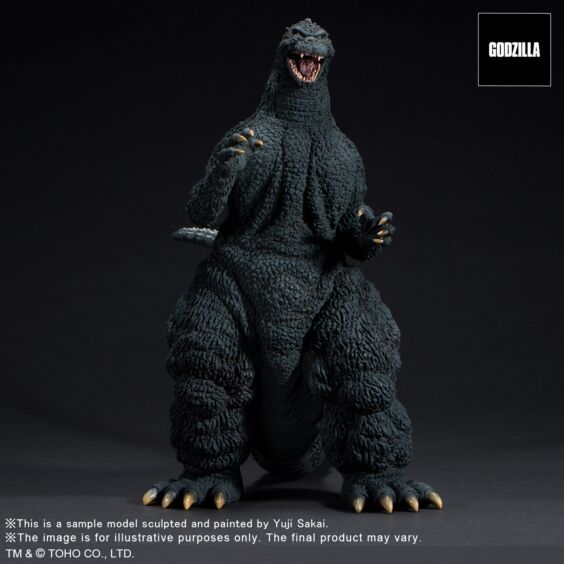 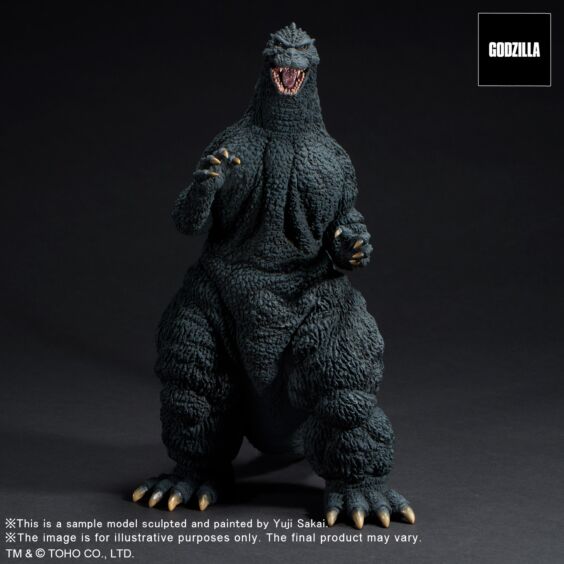 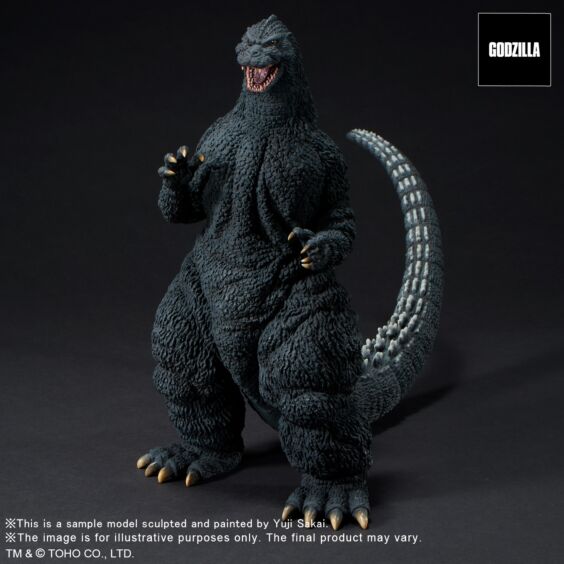 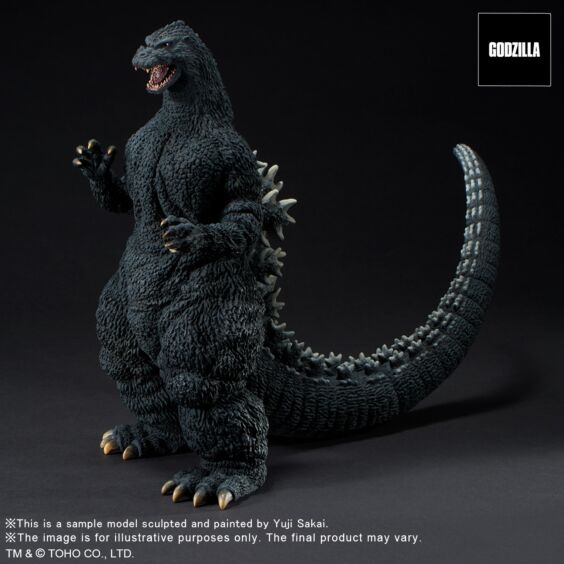 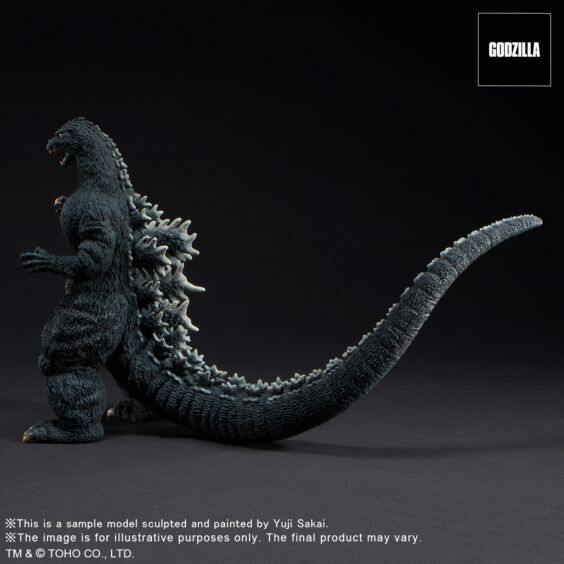 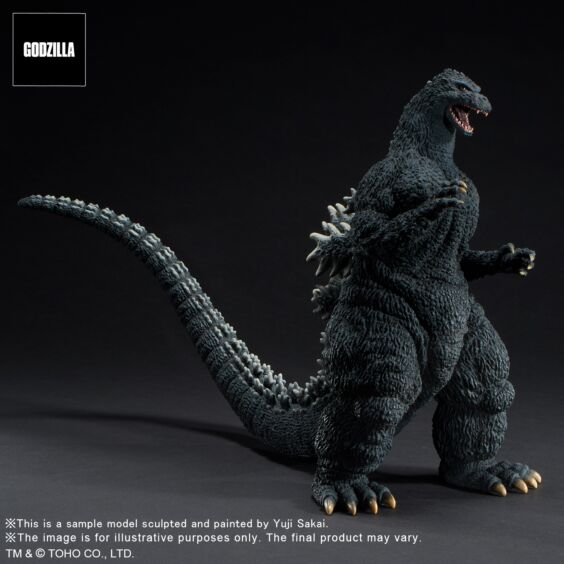 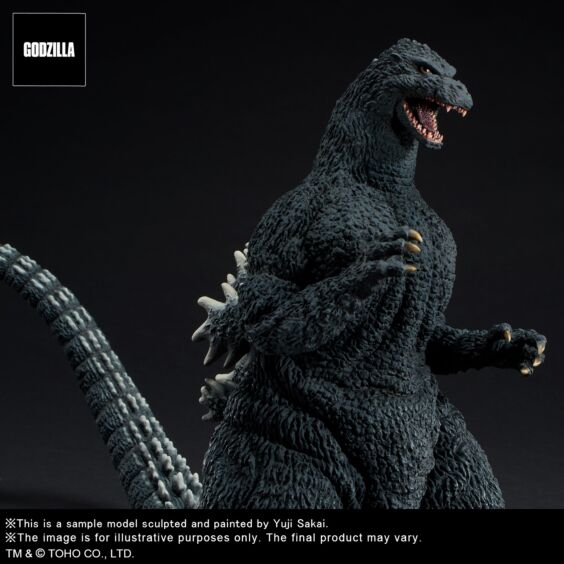 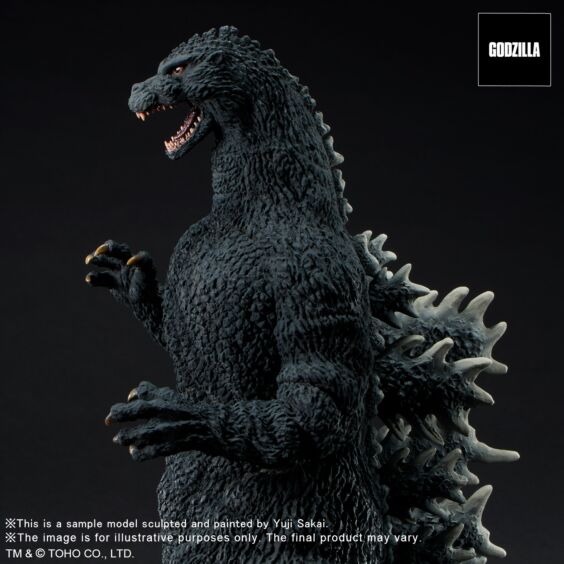 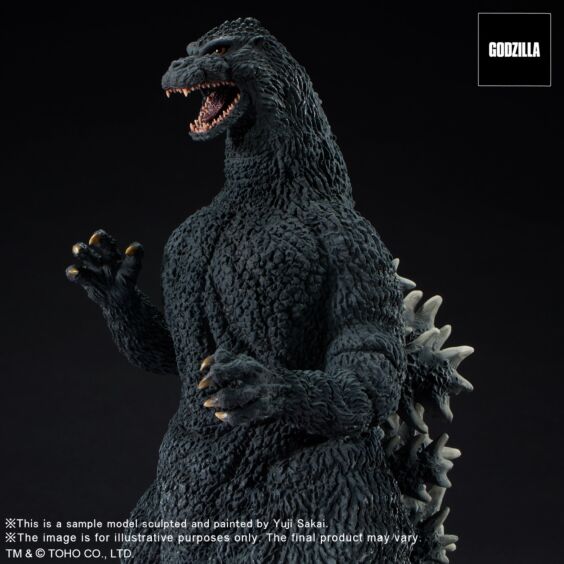 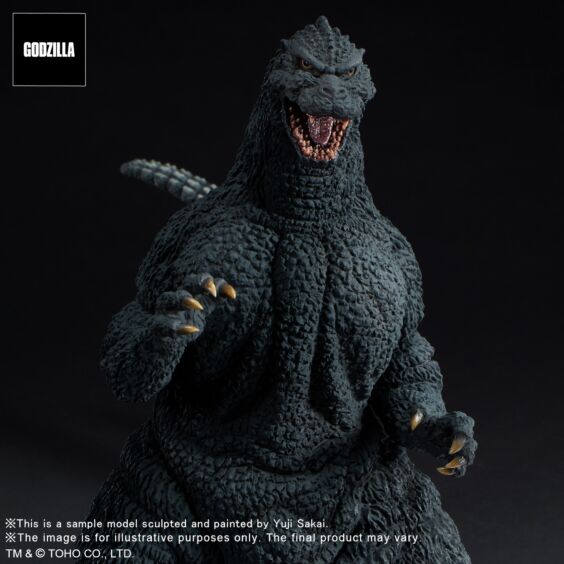 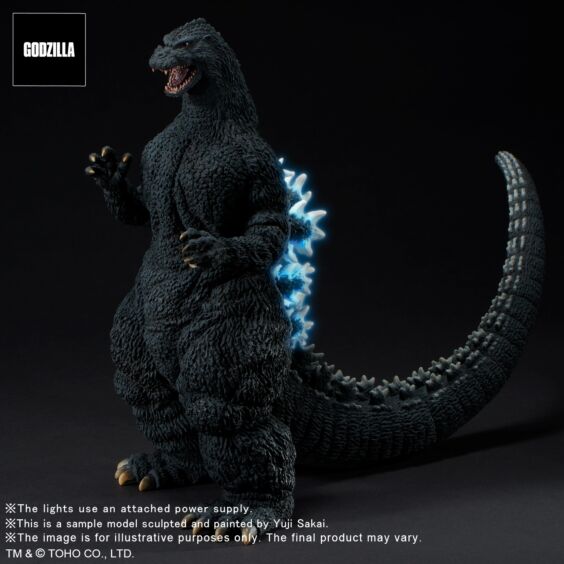 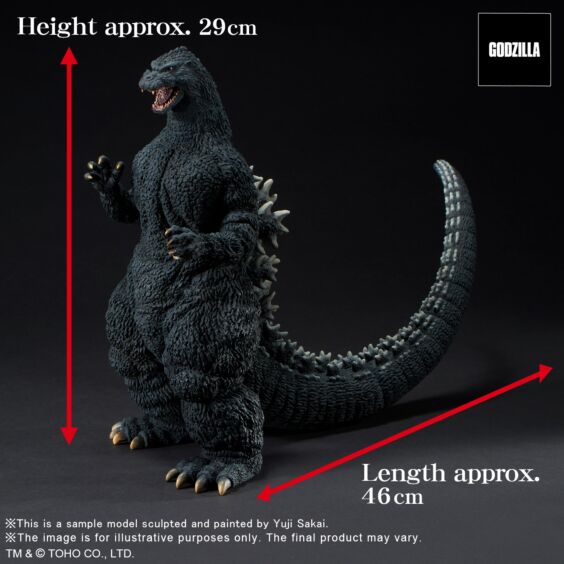 This product was first introduced to many Godzilla fans during the "Godzilla Fest ONLINE Yuji Sakai Live Modeling" event that ran for 9 hours in 2020.
Models appearing in the Yuji Sakai Modeling Collection usually take several years from an announcement of a new model by Mr. Sakai until a product is commercially available but due to the incredible demand from many fans, production for this model was completed much more quickly than usual.

This figure recreates the scene from Godzilla vs. King Ghidorah (released in 1991) in which King Ghidorah can be seen flying in and landing in the wilderness of Abashiri while Godzilla momentarily bends backwards due to the intense wind pressure caused by the creature’s flight.
Sakai has done an excellent job expressing the intensity and intimidating power of Godzilla’s gaze as his archenemy, King Ghidorah, appears before his eyes, hinting at the fierce battle to come.

Godzilla’s massive appearance during this battle in Hokkaido has been fully recreated down to the fine details such as the sharp points located at the crown of its head and fierce facial features.

The original cast version of the model is first turned into a wax model in order to produce the master mold. All figures originate from this master mold using a special method to ensure that each figure preserves even the smallest details found on the original.
Using an incredibly effective technique for soft vinyl figures, Mr. Sakai oversees the coloring process of the figure.

The exclusive edition of this figure features dorsal fins that can light up using built-in LEDs.

Celebrating the 30th anniversary of the movie’s theatrical release, countless Godzilla fans watched as Mr. Sakai poured his energy into recreating this scene. This beautifully sculpted Godzilla figure that was modeled as Godzilla fans around the world watched in admiration and it gives off a sense of dynamic movement. Experiencing this model up close is a must for any fan!