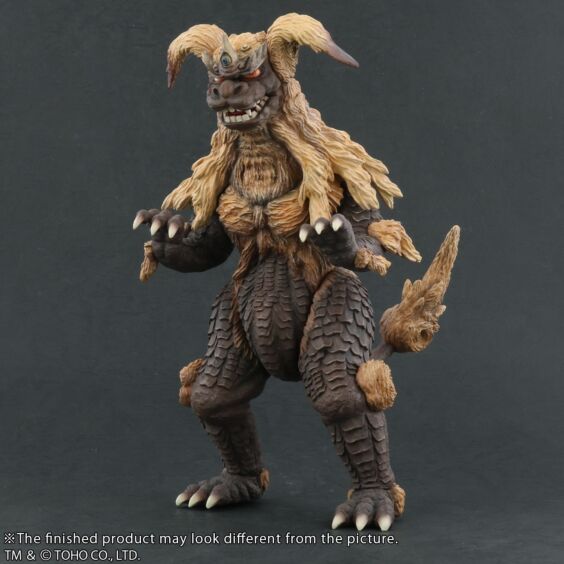 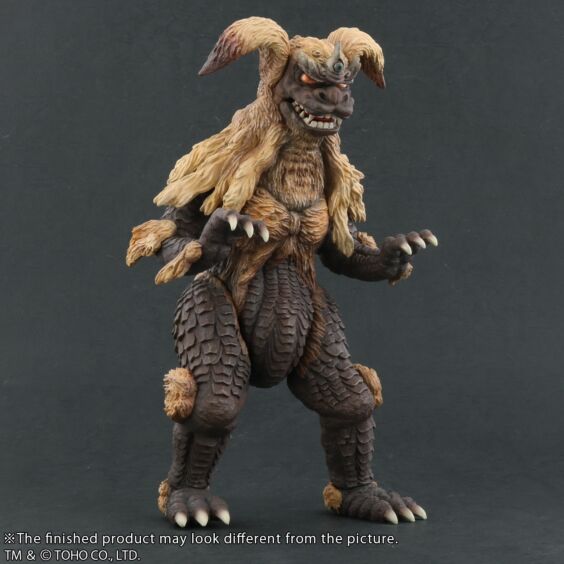 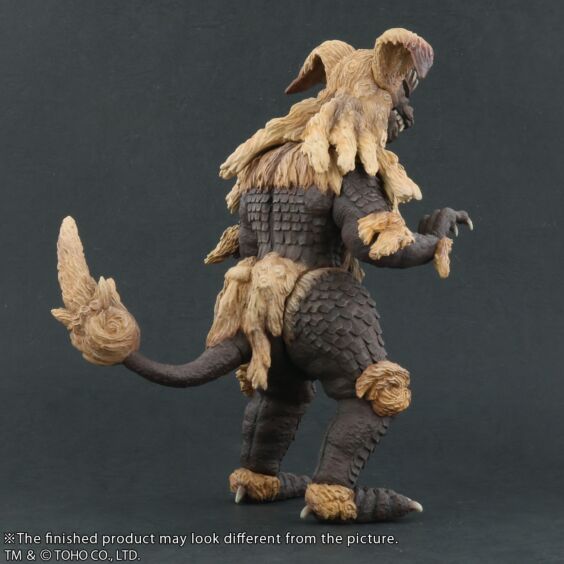 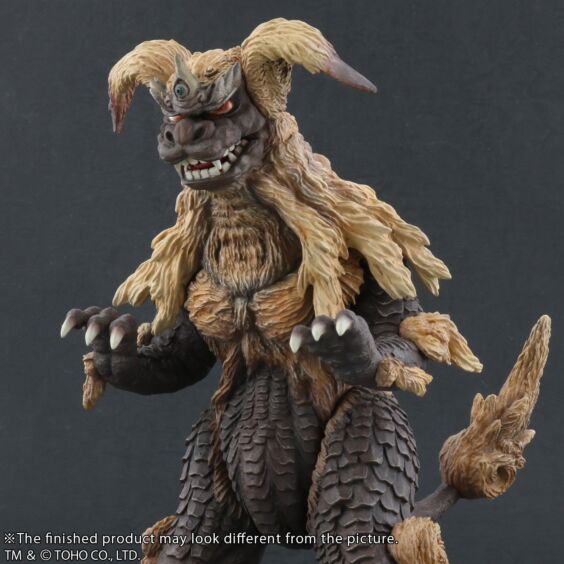 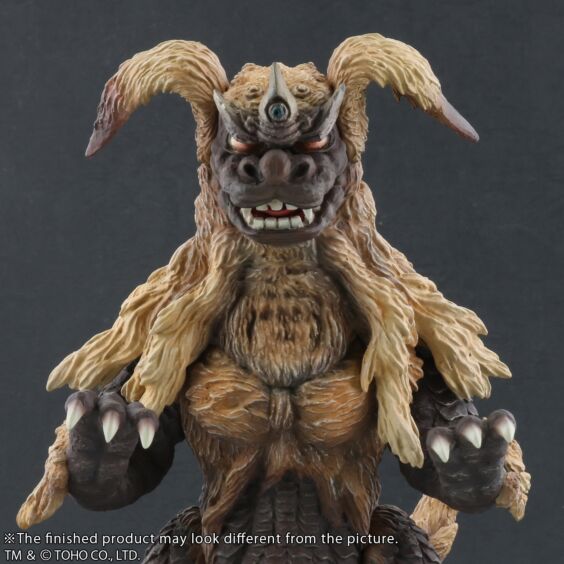 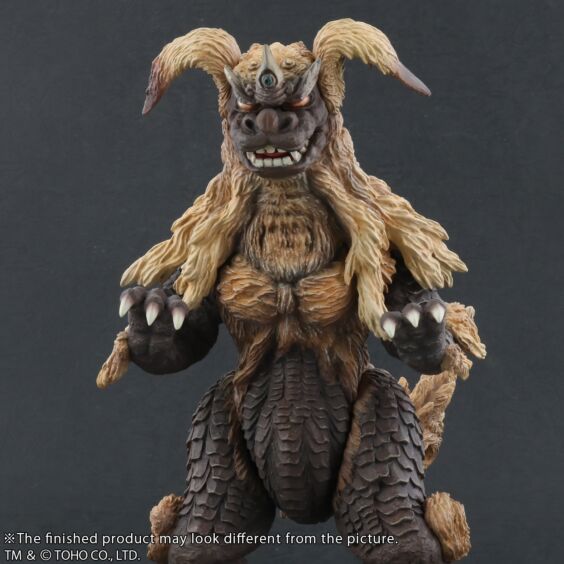 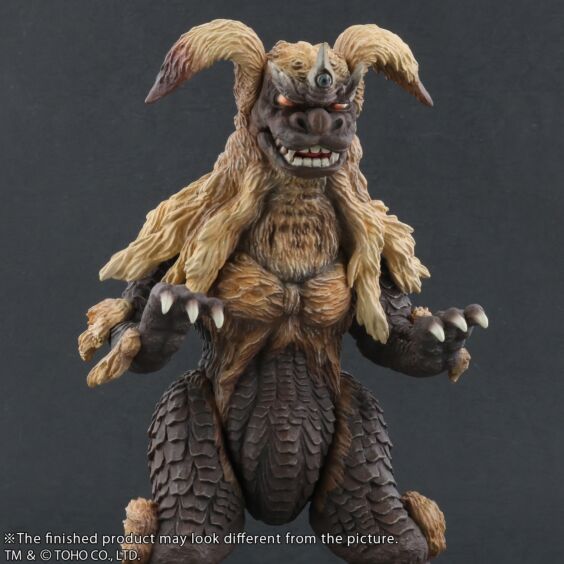 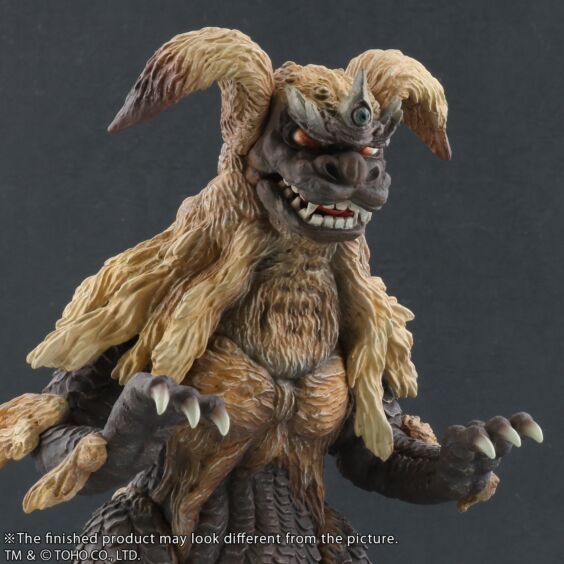 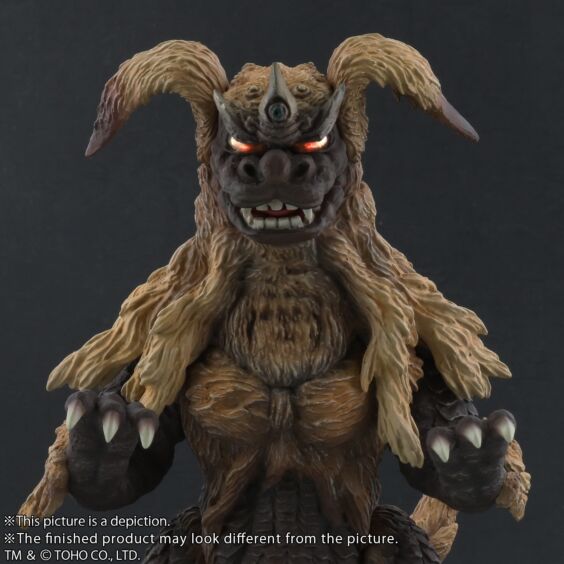 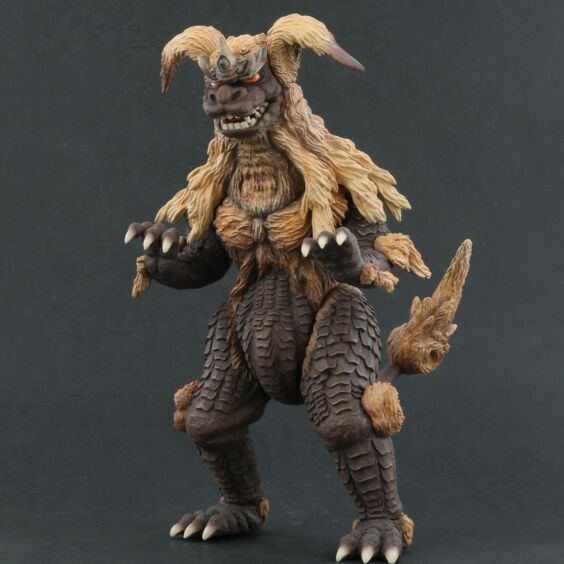 King Caesar is the guardian monster of the Azumi family, a royal family of the ancient Ryukyu Kingdom.
It was sleeping deep within the cliff called Manzamo, near a village called Onna-son, King Caesar was awakened by Miyarabi's Prayer, an ancient song and fight Mechagodzilla.

Its iconic body hair, shapes, and body design details are carefully created for this special figure.
Comes with new, built-in LED for both of its eyes as exactly seen in the film!

Don't miss this chance to enjoy this limited edition King Caesar in our hand!