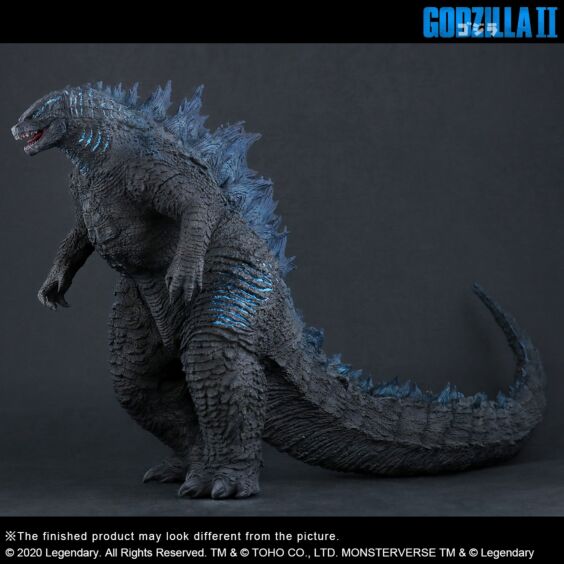 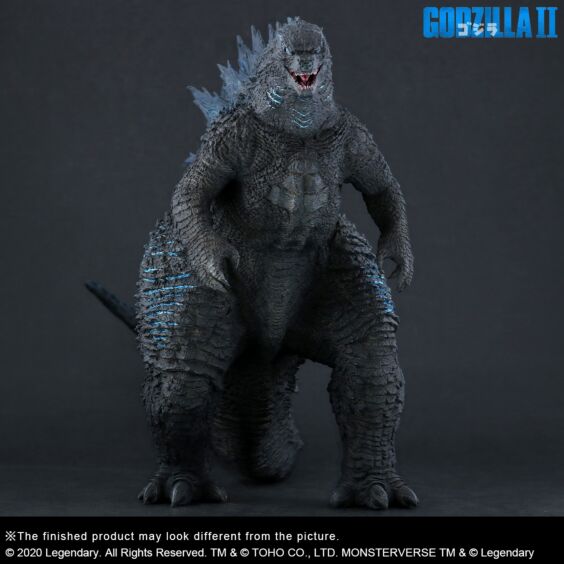 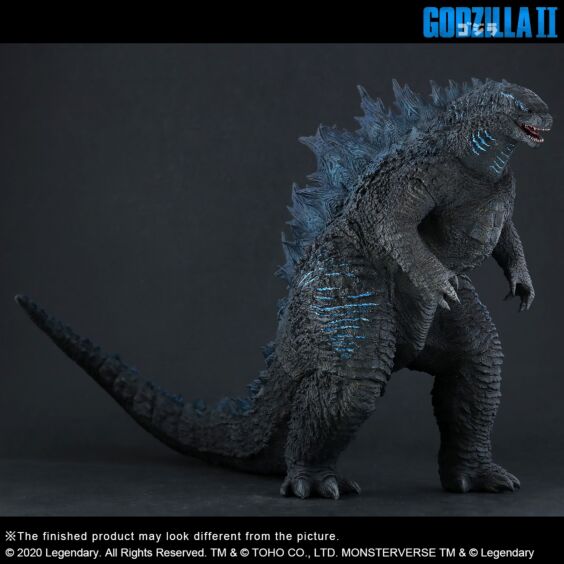 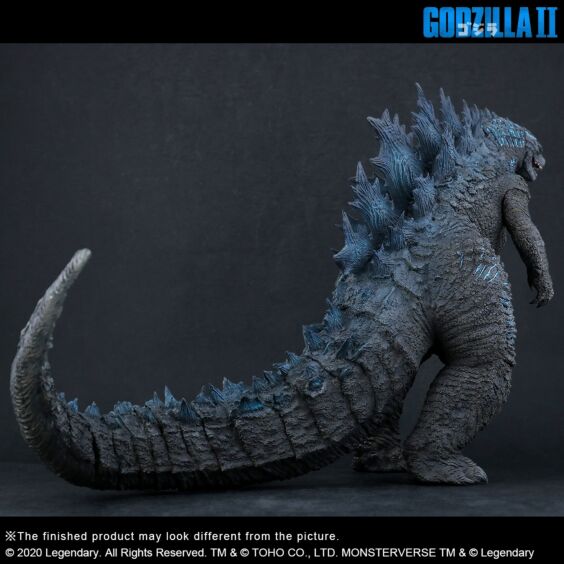 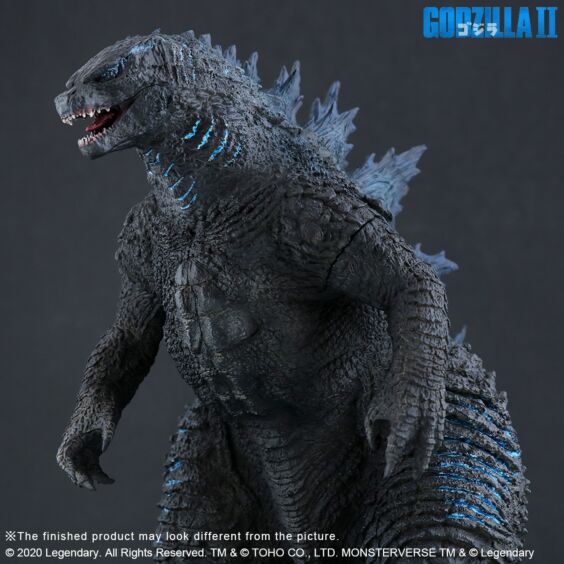 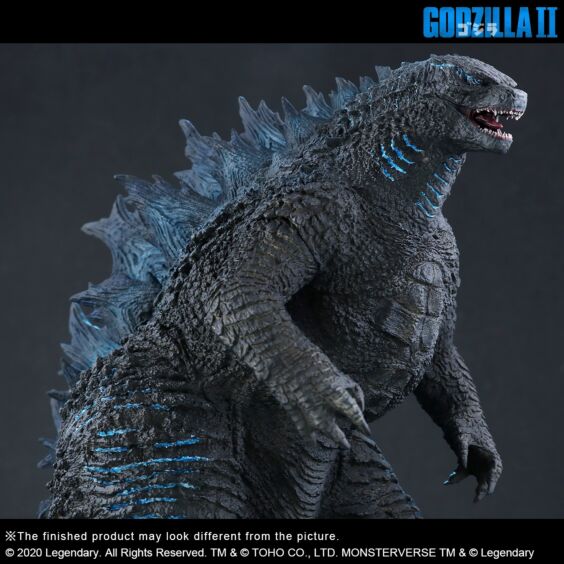 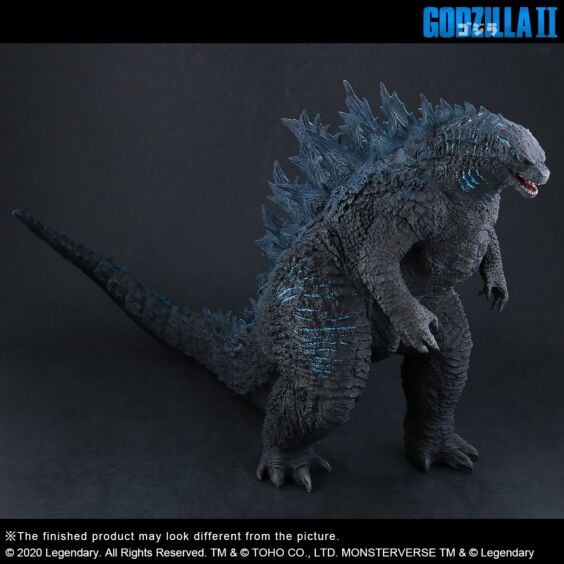 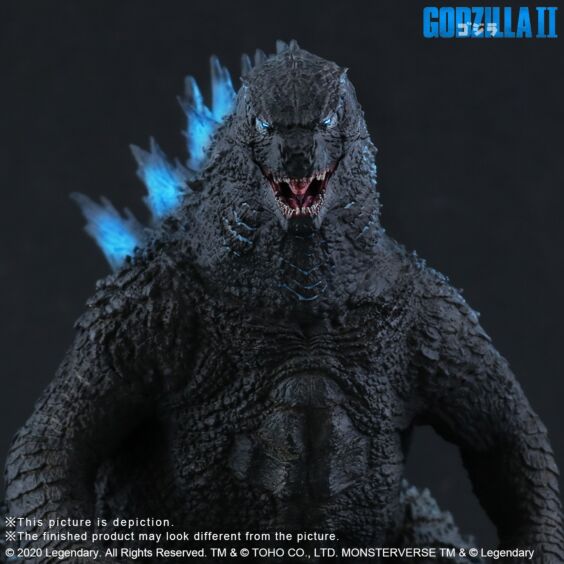 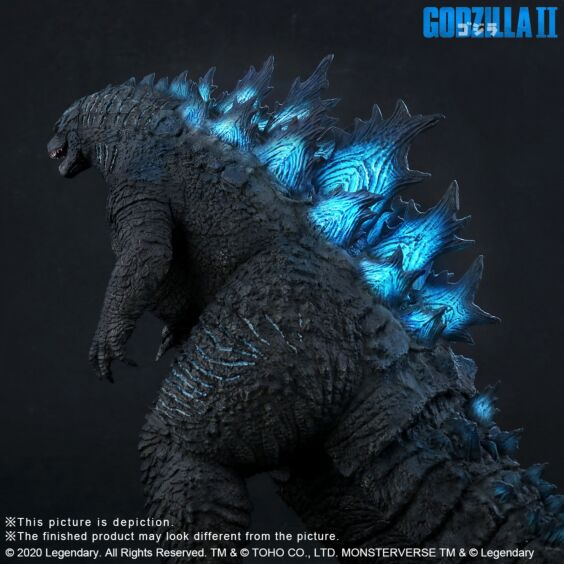 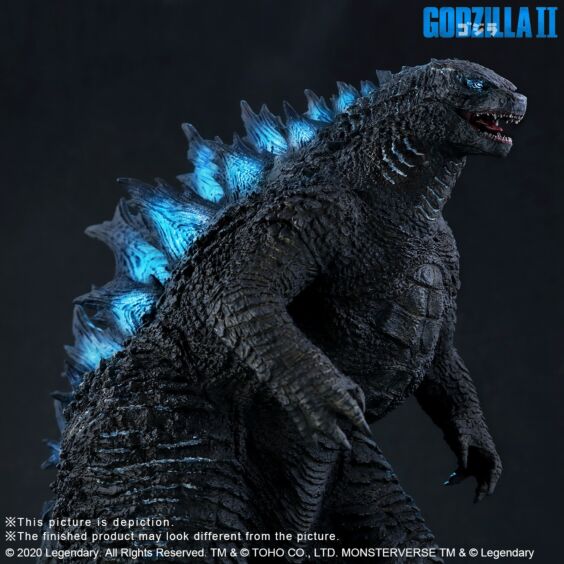 This reproduction is modeled after the theatrical version of the monster, with its distinctive surface roughness and texture, in a massive body that intimidates foes.

With the Shonen RIC Exclusive ver., we give you a more intense Godzilla painted so as to replicate the way his dorsal plates light up when firing the atomic breath, and also features a built-in LED that lights up both eyes and the dorsal fins.

Enjoy this majestic Godzilla that reigns over its ecosystem as the king of the monsters.