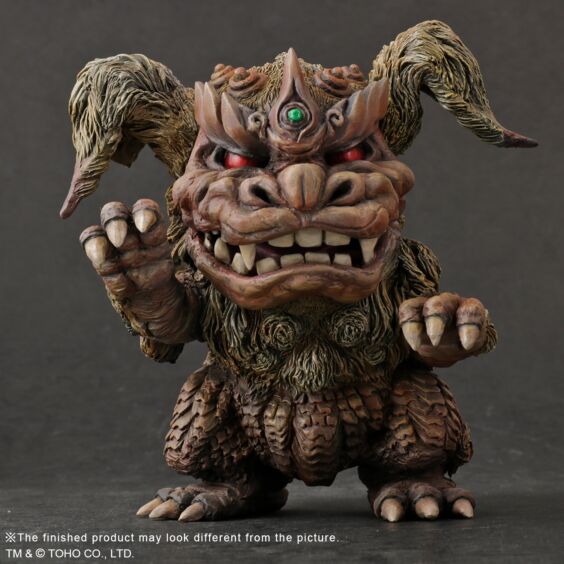 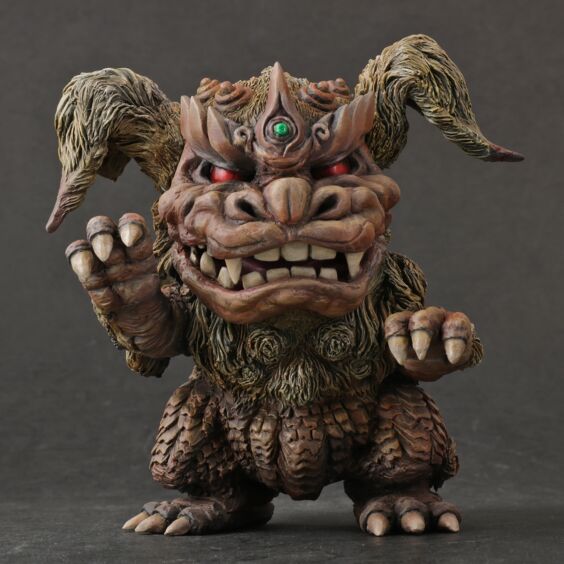 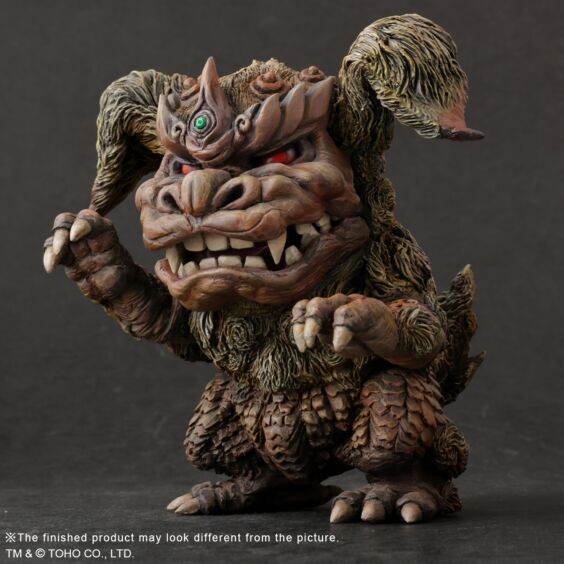 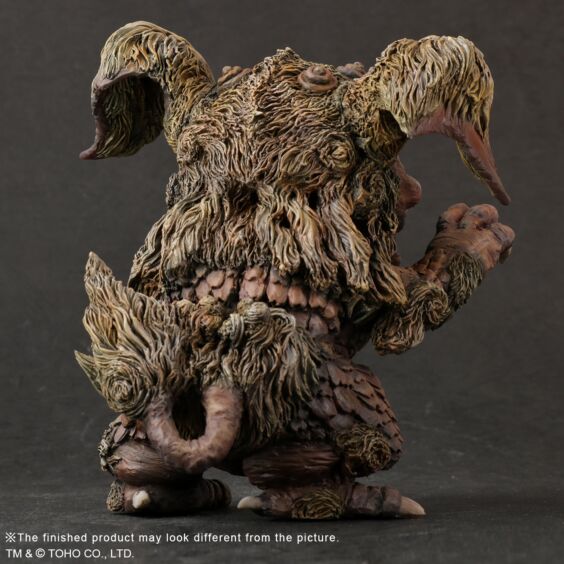 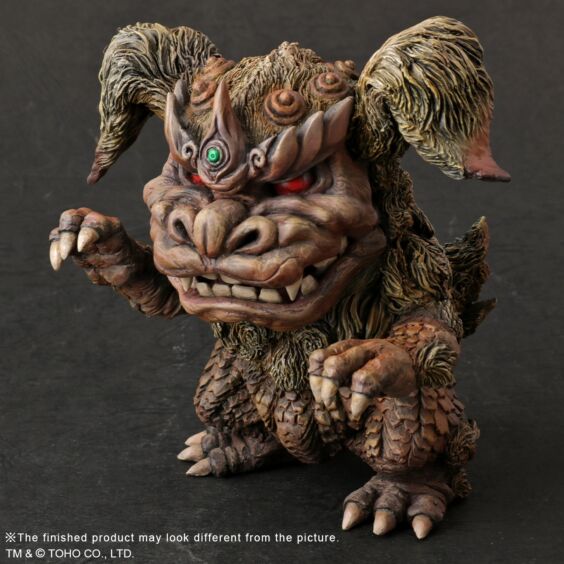 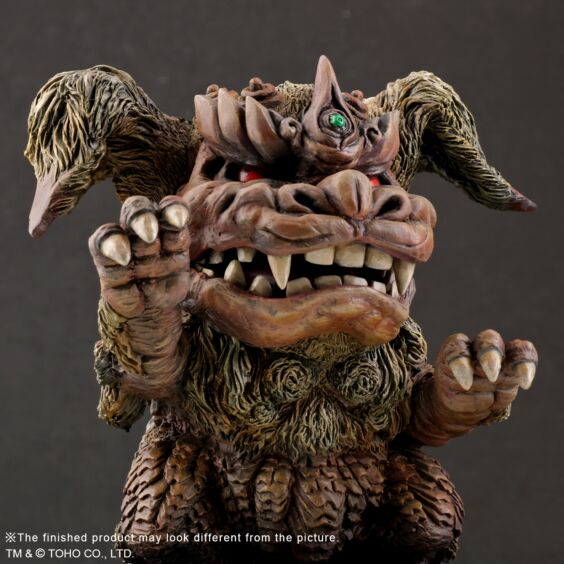 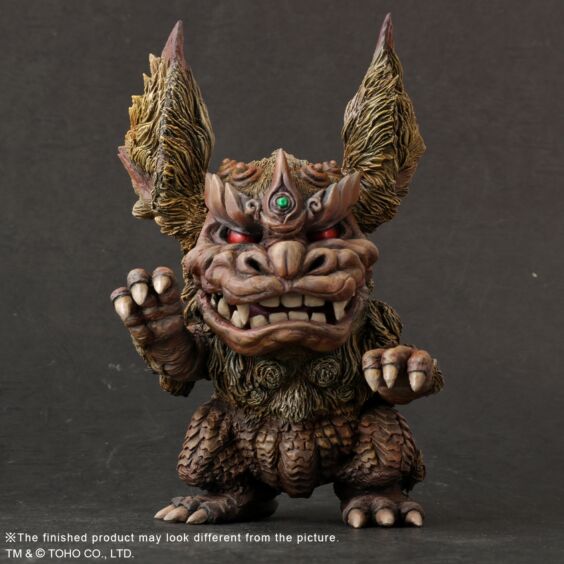 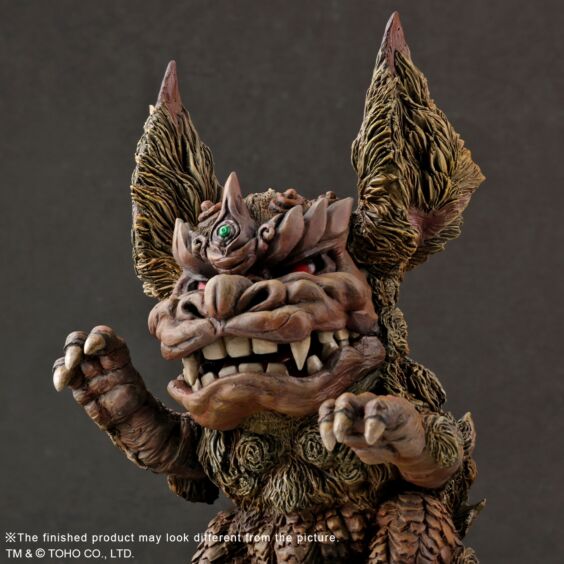 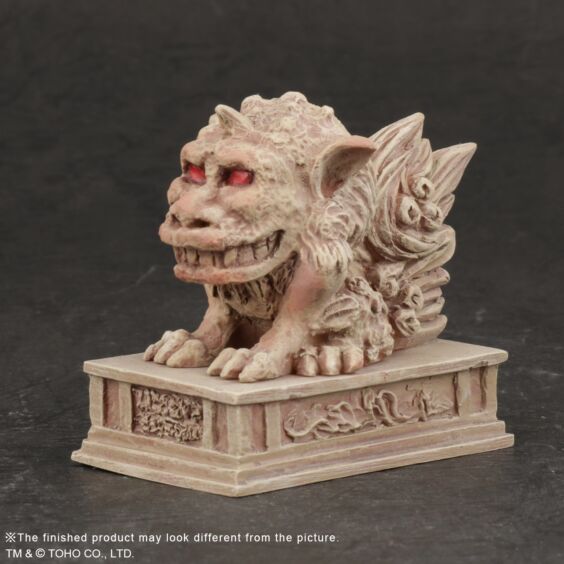 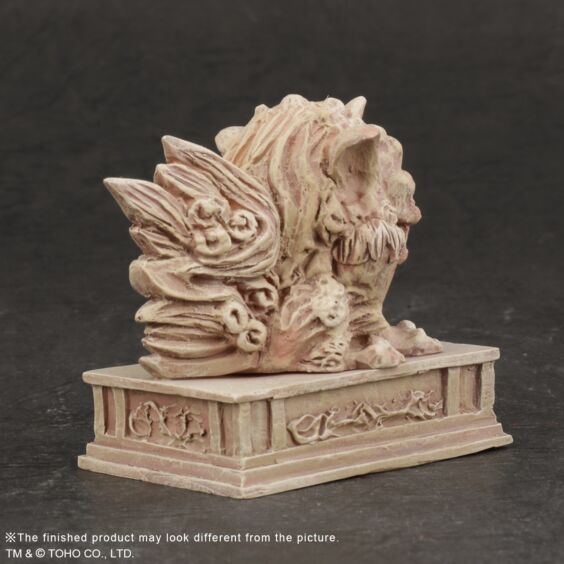 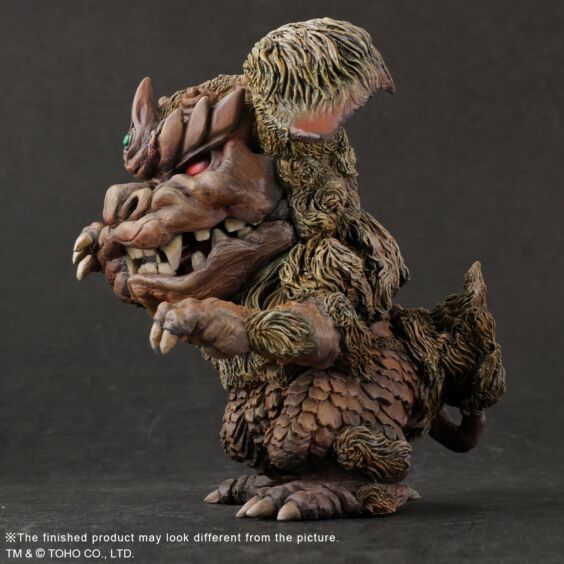 King Caesar, the guardian god of the Azumi royal clan in ancient Ryukyu, is joining the lineup!
The model is deformed overall, but realistically depicts the distinctive fur, red eyes, and other details of King Caesar.

Also included in the Shonen RIC exclusive edition are a deformed Caesar statue, and replacement ears for achieving the standing-ears look seen in the theatrical release!

Enjoy the charms of this King Caesar, shrunk down to fit in the palm of your hand.