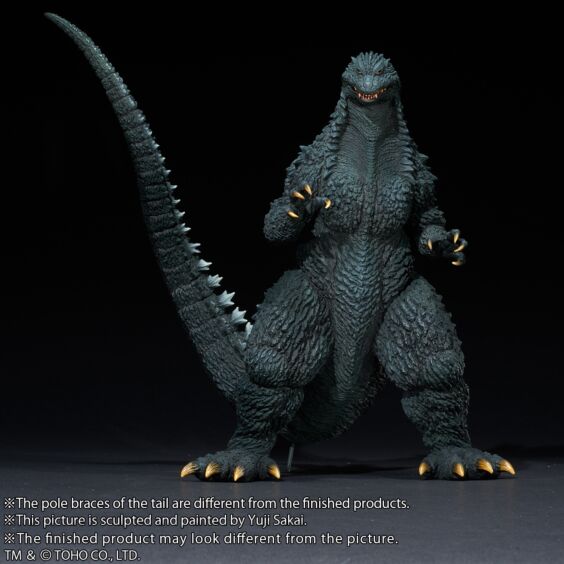 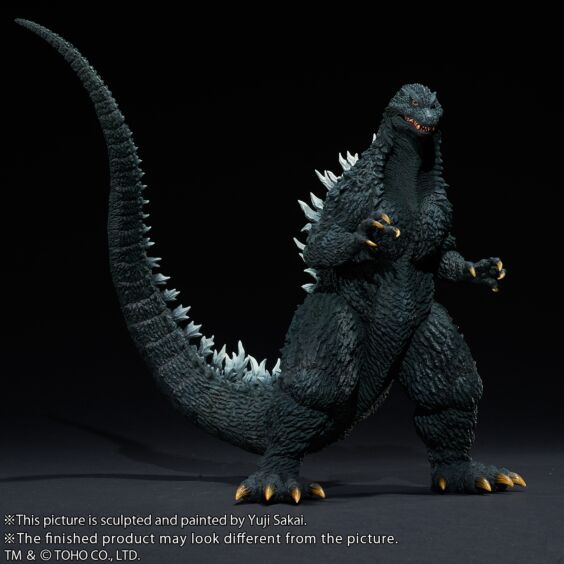 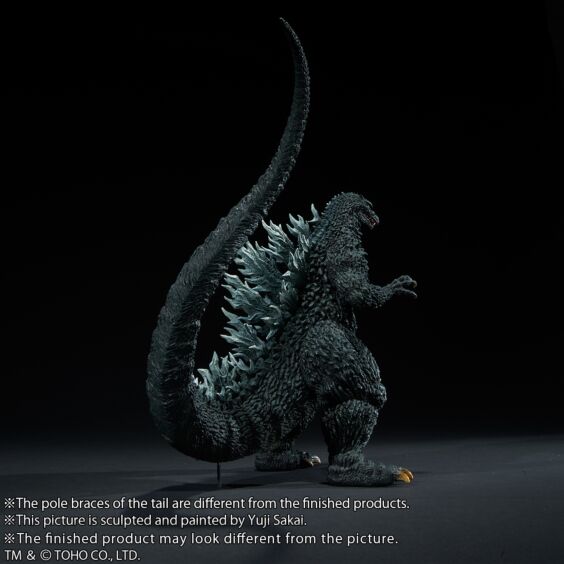 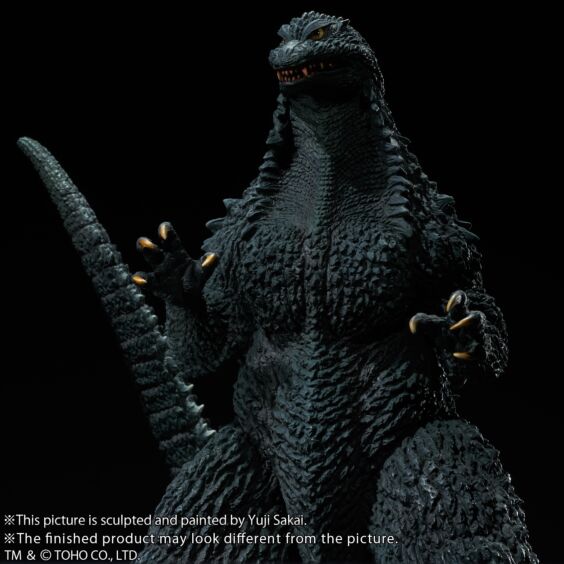 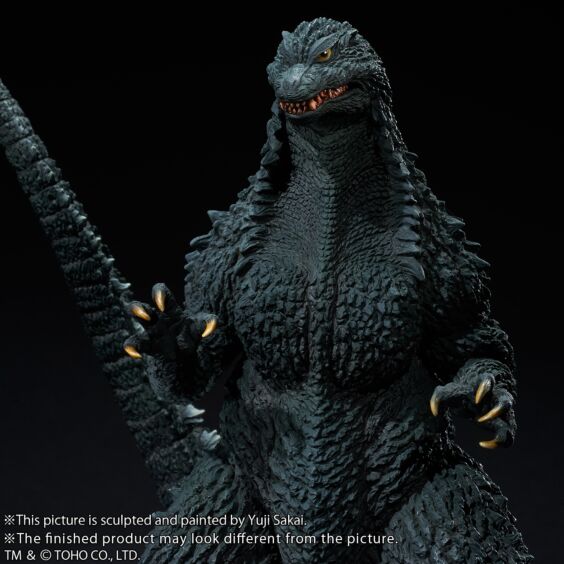 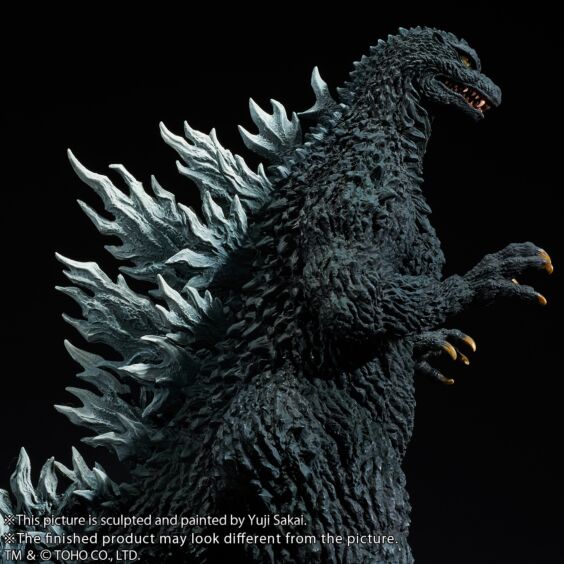 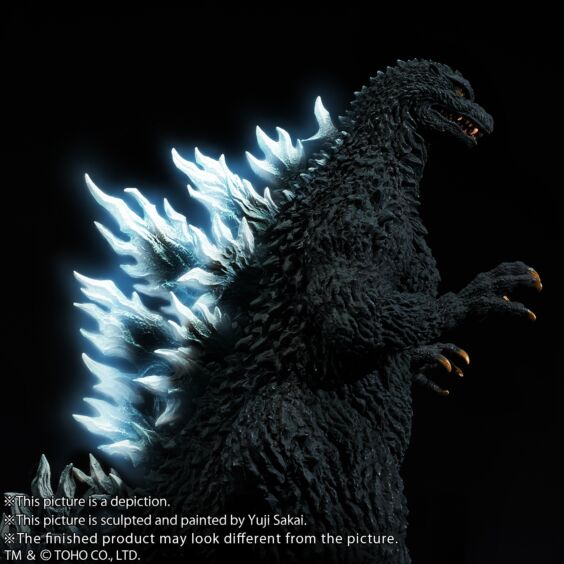 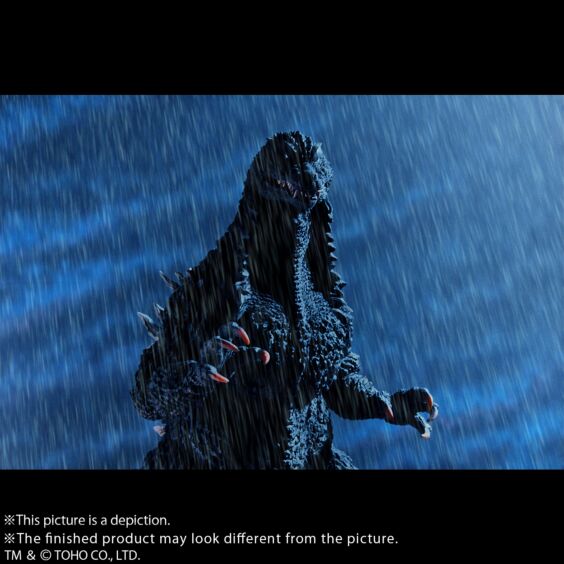 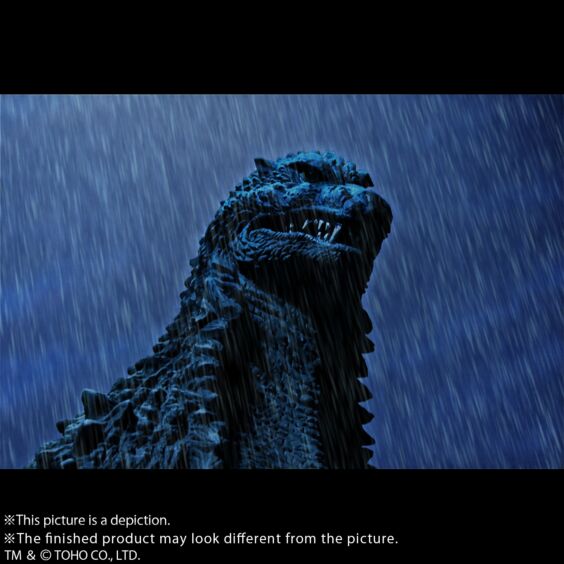 The Godzilla design is based on the scene where Godzilla has a fierce battle against JXSDF (Japan Counter-Xenomorph Self Defence Force) in the storm. Raised tails and strong, dynamic pose captures any enemy before him.

The original cast model is first turned to wax model to create a master mold. All the figures are made from the master mold, with a special method to make sure the figure does not lose even the smallest details of the original model.
Yuji Sakai, using the technique most effective for the sofvi figure, carefully oversees the coloring of the figure.

Don't miss this chance to get exclusive Godzilla figure directly from Japan!