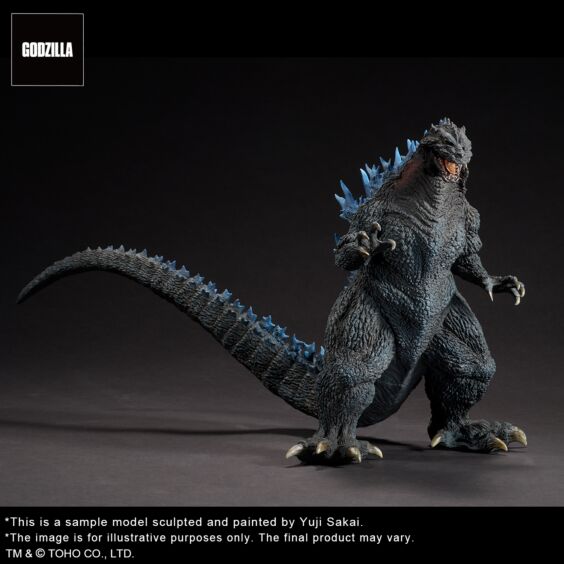 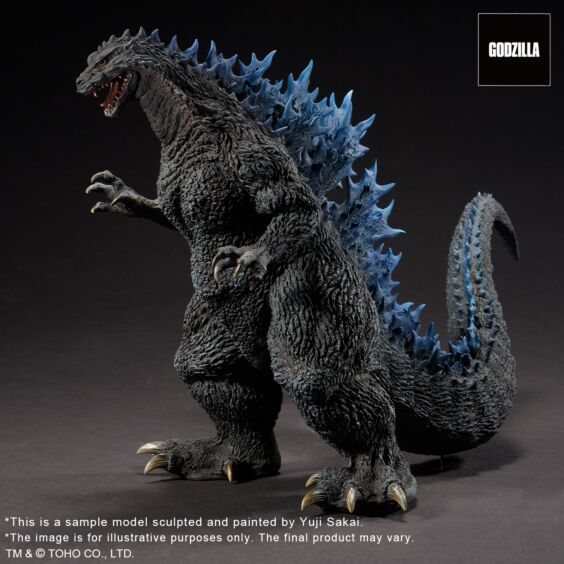 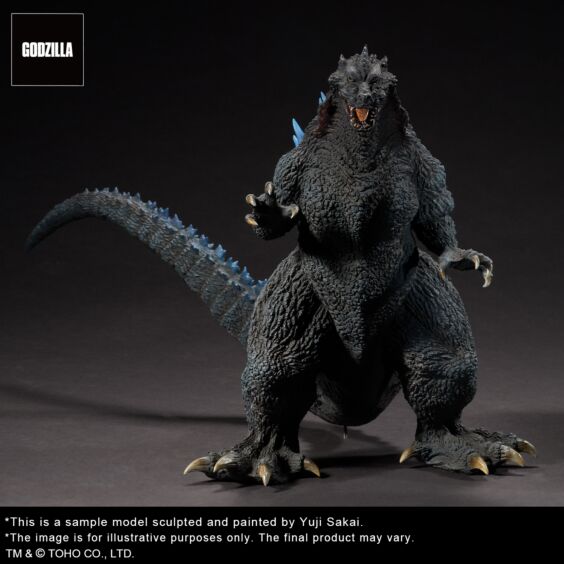 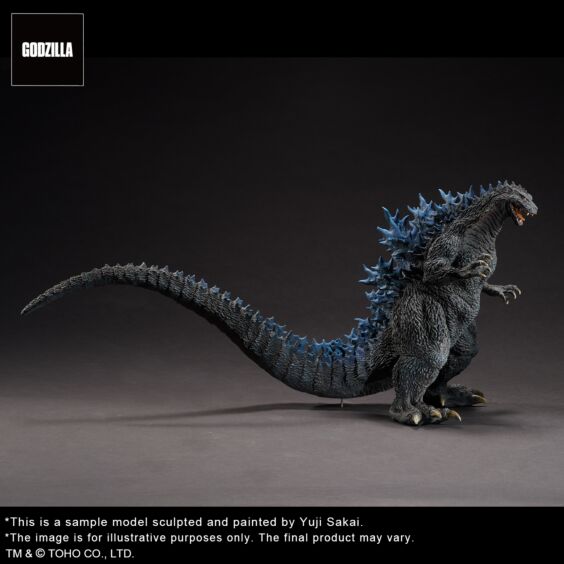 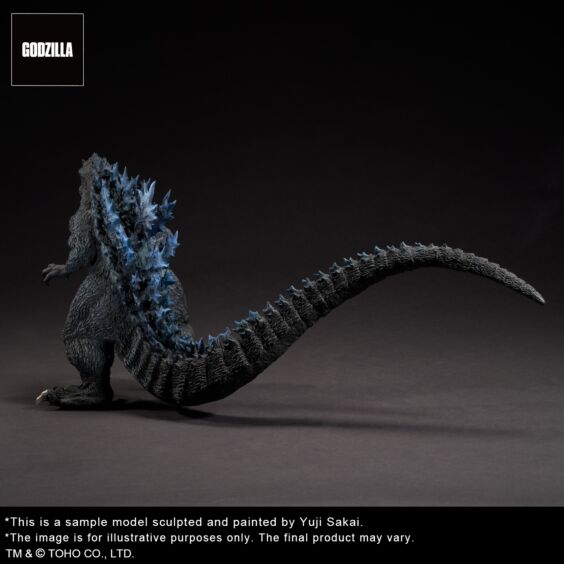 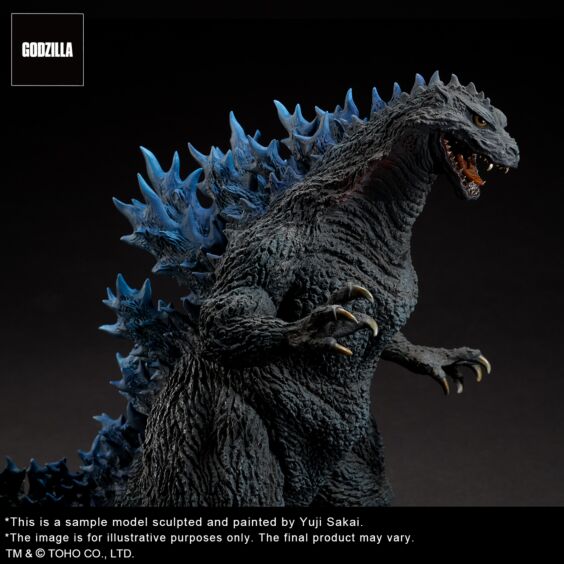 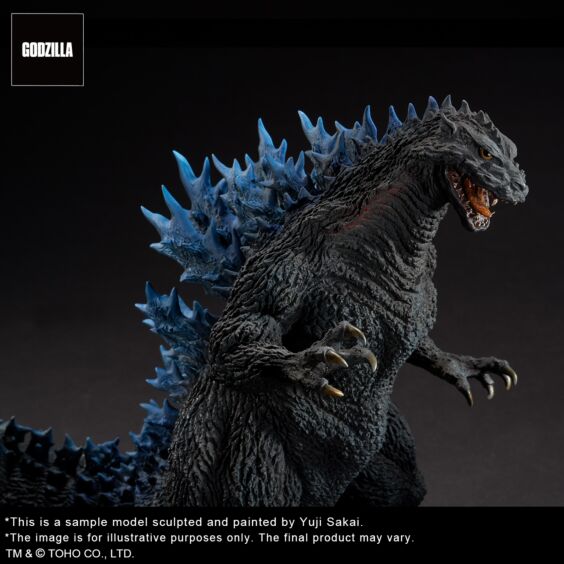 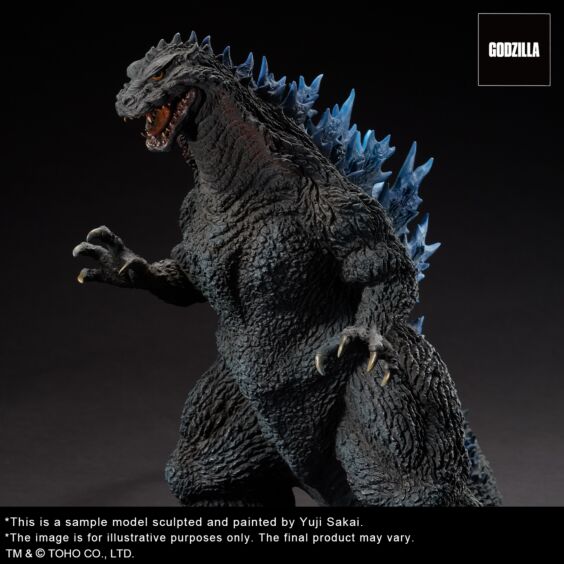 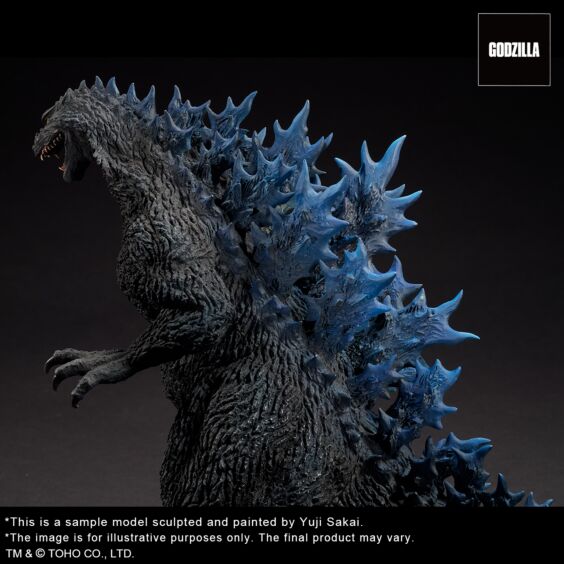 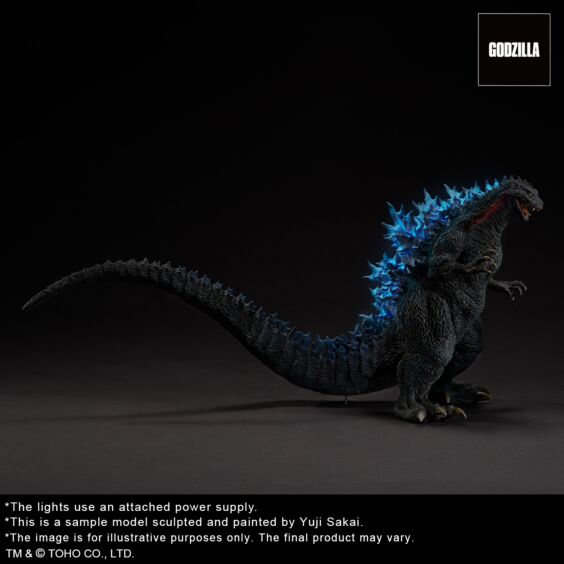 He also submitted the “Original Image Godzilla 2” model, which he sculpted and submitted to the Toho Staff Room while working on the Godzilla 2000: Millennium Hinagata.

Following discussions with the director and other team members, the Godzilla 2000: Millennium Hinagata was actually created as one of the prototype models and was based on the Original Image Godzilla 2.

This very Original Image Godzilla 2 which fans have eagerly waited for in anticipation for ages has now been released as the “Godzilla 2000: Millennium Hinagata Prototype Model Version” at last!

From the gills protruding from the head to the shoulders to the impressively large dorsal fins that are visible from the front, feline-like teeth and even an unprecedented number of dorsal plates sprawling over its body, many of the features of the model that led up to the birth of Godzilla 2000: Millennium model can be clearly seen in this figure. Yet, it is still a very different model from the original as can be seen in the readied, dynamic posing of the arms, the sharply angled shape of the body and smaller head help give this figure a more combative, even ferocious feel than the Millennium Hinagata.

The bright blue coloration of the dorsal plates and reddish skin seen on the inside of the gills located on the neck are features that could even be considered innovative as they had not been seen on previous Godzilla models.

Additionally, the Shonen-RIC Limited Edition comes equipped with built-in LEDs that light up the dorsal plates located around the neck as well as more vibrant red coloration on the neck itself.

We hope that you’ll add this impressive work that proposed as one of the ideal forms of what could be considered a “cool” Godzilla by Sakai, a man who knew Godzilla inside and out, and a model that could even be called the “Original Millennium Hinagata” to your collection!