The store will not work correctly in the case when cookies are disabled.
Cyclops Plastic Model Kit 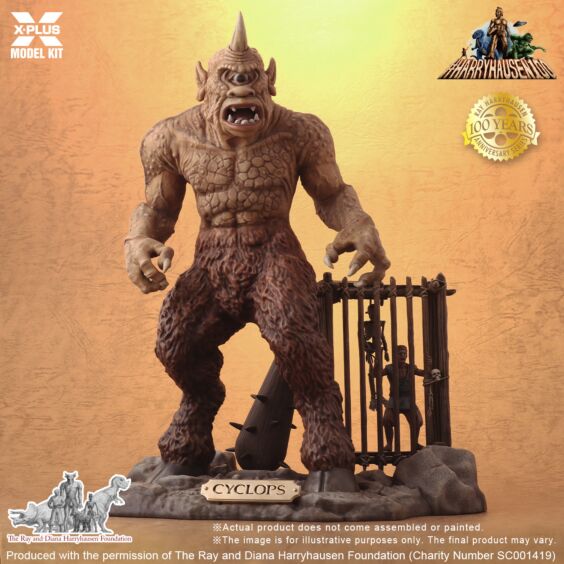 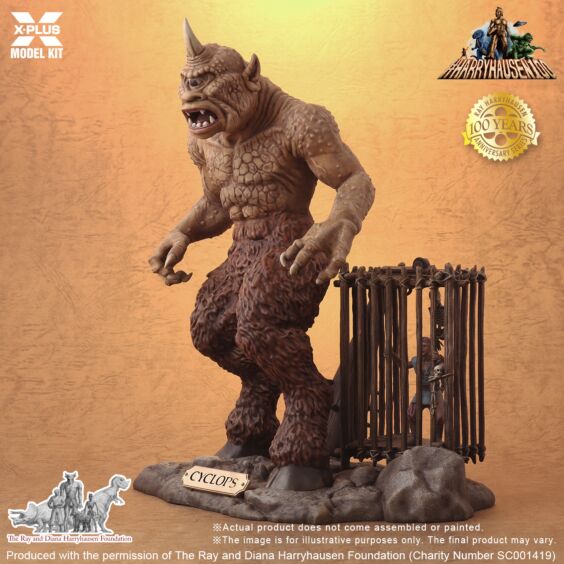 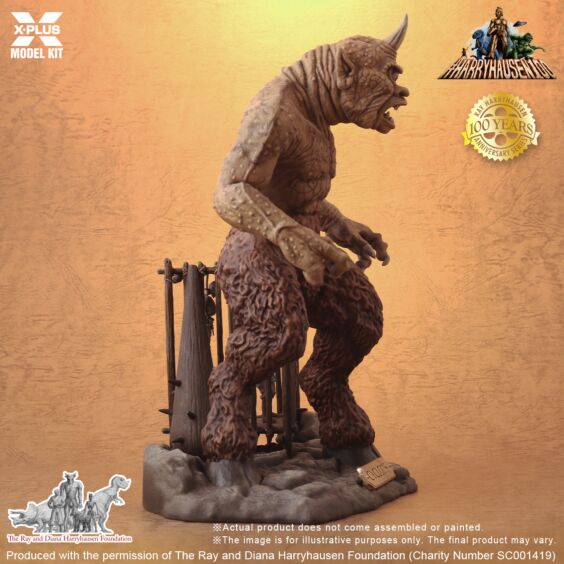 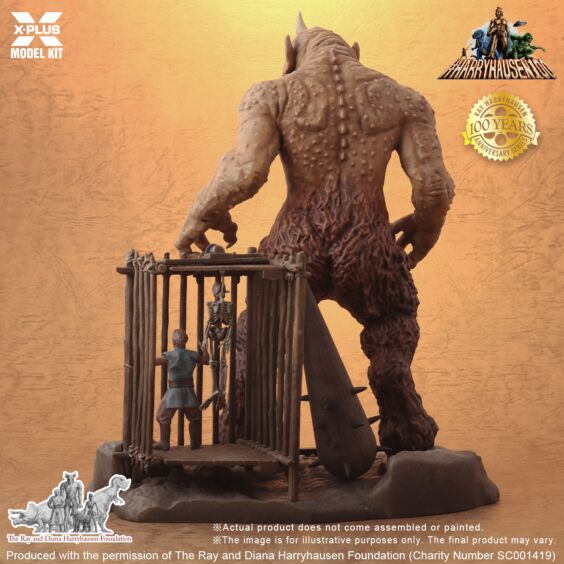 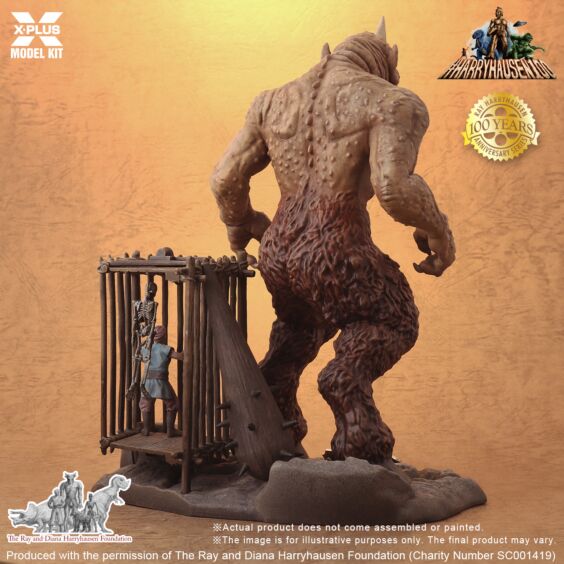 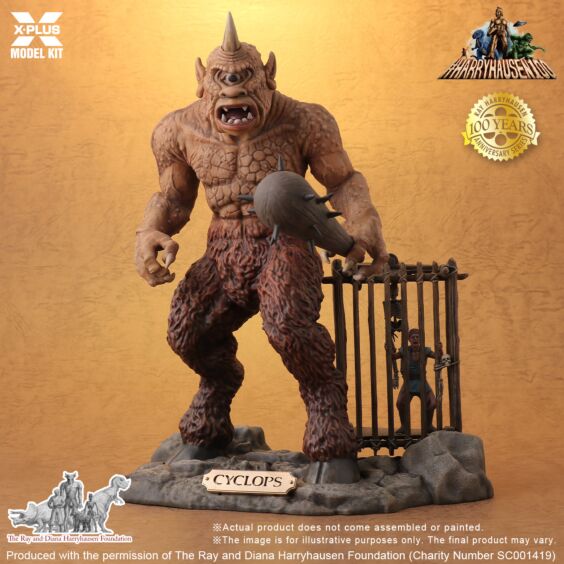 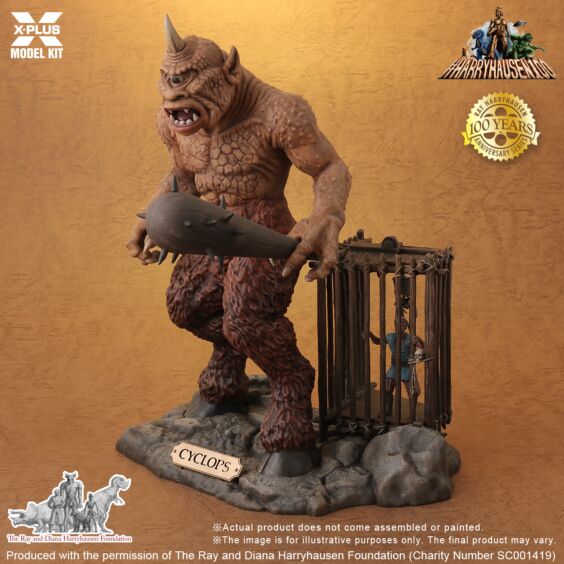 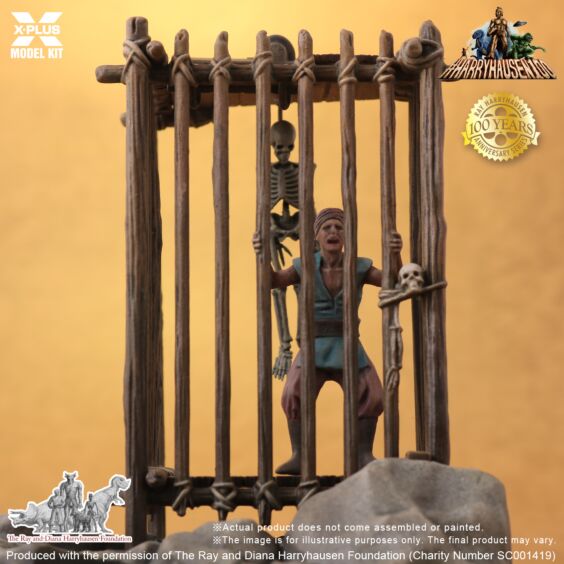 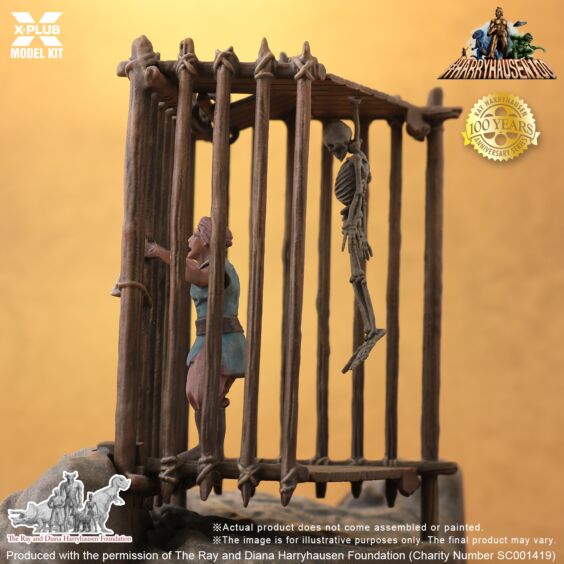 ※This product cannot be preordered on this site. Preorder will soon be available in each hobby shops.

The Cyclops from one of Ray Harryhausen’s most beloved adventure movies is making a return, now
In this exquisitely detailed plastic model kit, based on scenes from Ray Harryhausen's 1958 iconic movie masterpiece.

The Cyclops, conceptualized and painstakingly hand-animated by Ray Harryhausen, is one of his most representative and enduring works.
First encountered by a group of sea-faring adventurers on a mysterious island during one of their many voyages across the sea, the captain and his crew nearly meet their end at the hands of the ferocious giant as they attempt to escape from its hot pursuit. It was only with the help of dastardly magician and his magic lamp that they were able to escape the island mostly unharmed.

The heroic captain's fiancé is afflicted with a terrible spell, secretly cast by the wicked magician. With his hand now forced, the captain and his crew must return to the dreaded island to recover the magician's lamp and reverse this terrible curse placed upon the captain's betrothed.

Upon returning to the island, it doesn't take long before they are captured and caged by the Cyclops, ready to be made into a feast for the monster.

It is this memorable scene that the Cyclops plastic model kit is based on. The fearsome beast, its formidable spiked club in hand, watches guard over a caged sailor. With a separate wooden cage, open at the back to so as to appreciate these extra, finer details, the thrilling scene is set for the hero’s confrontation with the towering creature.